Smartphone sales are suffering and 5G won't save it, says GSMA 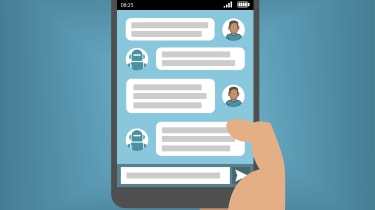 The smartphone market is in a global decline and the advent of 5G isn't likely to accelerate sales either, according to a GSMA report.

According to the mobile authority's analyst branch, consumers are moving away from the traditional two-year upgrade system, favouring an upgrade three or four years after the previous. This is due to less disposable income, a decrease in carrier subsidies and general stagnation of smartphone design.

It's no secret that Apple has suffered a great deal in the past two years with its widely-publicised dwindling iPhone sales, but this also reflects a similar story in the wider market.

In fact, the embattled tech giant Huawei was the only manufacturer that managed to buck this trend in 2019, reporting better-than-expected smartphone sales in H1, mainly due to its dominance in China. However, reports suggest this period of superiority is over; all other manufacturers from premium to budget reported a decline.

While a general slowdown in design innovation may be true, the advent of 5G - a brand new and exciting mobile technology - isn't likely to be enough to reignite sales. Not at the start, anyway; GSMA Intelligence thinks until VR and AR become more widely adopted, only then will we see the market return to strength.

The report also reveals that mobile phone usage has stagnated and will continue to do so until around 2025. "Growth has cooled over the past five years, something that will continue as China, India and other fast-growing countries such as Nigeria reach saturation in their urban populations," the report read.

Two-thirds of the world (67%) currently use mobile phones but it's going to be difficult to grow this number until connectivity issues are solved. Rural Africa and the Indian sub-continent are cited as the main issues, according to GSMA Intelligence, and 30% of the world is expected to remain unconnected in 2025.

That said, mobile will be the key to connecting the next generation of internet users. Most of the growing base of internet users are mobile-only, with no access to a traditional PC. The app and digital content market will contribute heavily to the shift in internet access with its economy expected to soar through until 2025. Netflix's recent launch of a cheaper, mobile-only tariff in India is a sign of similar things that may come in the near future.

5G might not be the solution to rekindle smartphone sales, and the news worsens for Europe which is set to lag behind the US, Japan, China and Korea in terms of next-gen connectivity.

China has the single largest 5G market right now and will boast nearly half a billion users by 2025 thanks to the government making it a national priority. The speed at which it has rolled out is probably, in part, due to the lack of trepidation surrounding which vendor to use for its equipment.

The US, Japan and Korea will see the fastest 5G migration period while Europe will lag behind with only around 30% making the switch by 2025. For comparison, 65% of South Koreans will be using 5G by 2025 and around 50% of people in the US, according to GSMA statistics.

However, it won't be until 2021 and beyond where we'll actually start seeing 5G being adopted by the masses and popping up in the wider public's lexicons. The dominant network until that point is still likely to be 4G, despite superior 5G plans having launched in the UK at no extra cost.