Increase seen as consistent with other countries, although upload speeds vary considerably 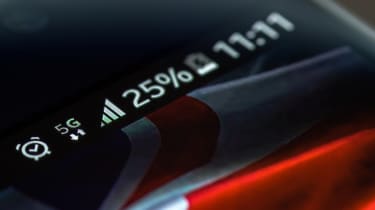 5G, the latest generation of mobile network, is already 450% faster than its predecessors according to new research.

A total of 29 cities in the UK were tested during Q3 2019 by Ookla, the developer of Speedtest.net, and all four constituent countries reported a massive increase in speeds.

English cities, on average, collectively reported the lowest overall increase in download speeds at a 450% growth rate, Scotland and Wales were slightly higher at 470% and 475% respectively, while Northern Ireland (NI) experienced a 618% increase in speeds thanks to 5G.

Ookla explained that the dramatic increase in NI, in particular, can be explained by the mean download speed on all technologies being traditionally slower compared to the rest of the UK.

NI also only has its capital city, Belfast, commercially equipped with 5G so there are no other sites that could pull the average score down. For comparison, England has 22 5G cities and speeds will be different based on a variety of factors including the number of masts and environmental considerations such as how many signal-blocking buildings there are.

The percentage increase in speeds is consistent with results recorded from “most countries” other than the UK, Ookla said. The performance of the technology seems to be more uniform across the UK, too, with results showing less than 6 Mbps between the fastest and slowest regions (England and NI respectively).

The “impressive” increase in download speeds hasn’t been replicated in the upload speeds, though. When it comes to uploading data, percentage increases range from 38.5% and 110% faster – still notable but with room for improvement.

In terms of which carrier is providing the best 5G speeds across the board, EE was crowned the champion by the speed testing company.

This likely comes as no surprise, given the company that launched 5G first and has consistently scored well in terms of speeds in the past.

Three wasn’t included in the results, as the carrier has only launched a mobile broadband product and not a package for smartphones yet, despite making controversial claims about its network’s performance.

Differences in latency were negligible (all between 21-26 milliseconds) and average upload speeds were almost identical.

"While we have seen faster 5G elsewhere in the world, the number of U.K. cities with 5G and the rapid expansion of 5G deployments is impressive," it added. "We were particularly pleased to see how consistent 5G speeds were across countries, something that's been a pain point on 4G."