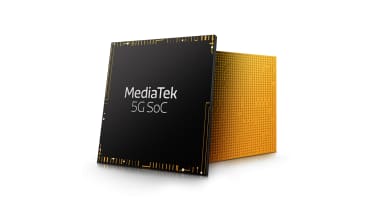 MediaTek has announced its world-first dual-SIM 5G system on a chip (SoC) which it says will feature in smart devices in Q1 2020.

Called the Dimensity 1000, phones equipped with this SoC would theoretically be ideal for businesses who give their employees work phones, as it would allow them to use a business-grade 5G plan while working and then a regular 4G or 5G personal plan for when they're off duty.

"For some users, it's a great feature and there are numerous use cases where users will want to have dual-SIM-enabled devices," said telecoms analyst Paolo Pescatore.

"For instance, flexibility between work and personal use or a SIM roaming in another country. In some countries, users have multiple SIMs based upon different tariffs ensuring no compromise on prices and data speeds."

MediaTek claimed the Dimensity 1000 has the "world's largest throughput" with support for up to 4.7 Gbps downlink and 2.5 Gbps uplink speeds over the sub-6GHz 5G networks that are active in the US, Europe and Asia right now.

The chip also offers support for Wi-Fi 6, offering up to 1 Gbps uplink and downlink speeds, and Bluetooth 5.1+ for local wireless connectivity too.

The company said this particular configuration will provide both high performance when needed but also better power efficiency, an issue that has plagued some existing 5G flagships.

"Our Dimensity series is a culmination of MediaTek's investment in 5G and positions us as a leader driving 5G development and innovation," said MediaTek president Joe Chen. "Our 5G technology goes head-to-head with anyone in the industry."

The new SoC will also be shipped with MediaTek's latest AI processing unit, which touts more than double the performance of previous generations.

Although 5G is still a young technology, there are a variety of companies that have launched 5G chipsets, including MediaTek whose chips feature in Redmi, Nokia and Oppo phones.

Qualcomm has been a major player in the sector for some time and has released a few iterations of 5G chipsets so far. Samsung and Huawei both have their own proprietary chips (Exynos and Kirin respectively) and Apple will almost certainly release its own next year after agreeing to buy Intel's mobile division earlier this year.