US pushes for homegrown 5G to solve Huawei woes 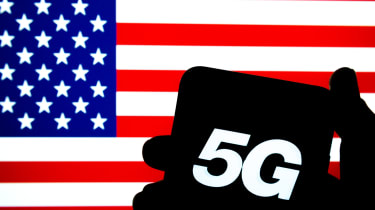 The Pentagon is reportedly pushing American communications companies to team up to build an open source version of 5G software, in a bid to offer an alternative to the system developed by Huawei.

Earlier this year, US President Donald Trump shoved the Chinese telecoms giant onto a blacklist saying it was at threat to national security, effectively banning American firms from using Huawei technology. The move came amid a trade war, and Huawei's leadership has said it was open to sharing its 5G technology to allay security fears.

Now a report from the Financial Times suggests the US may be looking for another solution: building its own 5G system. That's according to an interview with Lisa Porter, the head of R&D at the Pentagon, who told the FT that American companies that don't open up their 5G networking technologies to rivals could be risking their business.

The aim, the story suggests, is to have American companies develop a wider range of networking equipment to keep sales in the country. Currently, neither Oracle nor Cisco makes radio access towers and Huawei sells a third of 5G equipment bought globally. With the US now banning the company, that could hold back American networks.

Other reports have suggested the US was planning on investing in other 5G rivals, such as Samsung or Nokia, but the open source plans could suggest a new way forward focused on American companies.

It's no wonder the US is in a hurry to solve such problems, as the Huawei sanctions are already slowing the 5G rollout in Europe, according to one Swedish firm.

The UK government investigated the use of Huawei equipment on BT's network earlier this year, with one security agency saying the Chinese company posed a "significantly increased risk" to British networks. While the government partially approved the use of Huawei equipment, Prime Minister Boris Johnson has suggested that could be set to change, with the UK following the lead of the US.