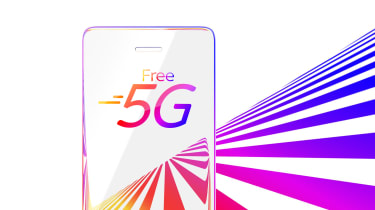 Sky Mobile has launched its 5G network, offering access to the next-generation of mobile connectivity for free for both new and some existing customers.

The 5G service will initially be available in 20 cities across the UK, including the likes of London, Cardiff, Leeds, Manchester, Birmingham, Bristol, Derby and Norwich, with a total of 50 coverage locations expected to become available by the summer of this year.

However, it’s worth noting that while 5G will be available in a host of the UK’s major cities, it won’t come in the form of blanket coverage.

Coverage is particularly patchy in London, for example, in some cases only covering the immediate area around tube stations, with very few major landmarks being serviced. According to Sky Mobile’s coverage map, areas such as Mayfair, Covent Garden, Canary Wharf, and most of Westminster, don’t have 5G coverage. 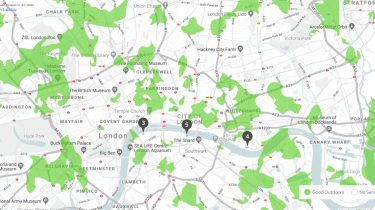 If you or your business is fortunate enough to be in an area covered by Sky Mobile, and you have a 5G-compatible smartphone, then Sky Mobile is offering 5G tariffs for as little as £6 per month, though that only offers 3GB of mobile data. Move up to 9GB of monthly data allowance, and that price also quadruples to £12 per month for the 5G data allowance.

But for customers who are members of the Sky VIP loyalty programme or new customers that join it, access to Sky Mobile’s 5G service is free, though it’s worth noting that the need for a 5G-ready handset can be quite expensive.

While the likes of EE and Vodafone have been leading the charge to deliver 5G to a handful of major UK cities, Sky has been a little slower on the uptake, though this is likely down to it using O2’s 5G network rather than building it’s own; O2’s 5G launch happened in October 2019, a few months after that of EE.

However, Sky Mobile had previously said it would launch its 5G services in November 2019, although IT Pro understands that this was delayed in order to ensure its service was up-to-scratch for its customers.

“We wanted to bring all the benefits of 5G to Sky Mobile customers as early as possible, but we also wanted to take the time needed to make sure that we had the right phones, coverage and network performance to make it a great service before launching,” a Sky Mobile spokesperson told IT Pro.

As more 5G services come to the fore and coverage of the next generation of cellular connectivity increases, more competitively prices mobile packages and generous data allowances can be expected as telecoms companies compete for supremacy in the space.