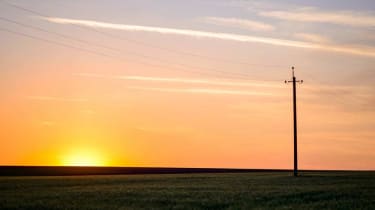 Forcing mobile network operators (MNOs) to share 5G networks may broaden coverage across the UK, but the “roaming” experience would be clunky and impractical, a senior government official has claimed.

Companies such as EE and O2 are in the process of expanding their 5G networks in the UK's busiest towns and cities, although it's likely that remote parts of the country will continue to be neglected.

Ideas such as “5G roaming” enabled through widespread network sharing, however, have been touted as potential means to plug the gaps that will form in rural areas.

With "roaming", users supplied by an operator in one particular town wouldn’t be disconnected the moment they travel further afield, and could ‘hop’ onto a rival network’s 5G services. This poses a more attractive alternative than being forced to choose between rival operators based on which areas their 5G networks serve.

However, DCMS’ deputy director for mobile infrastructure and spectrum, Melissa Giordano, knocked back the idea of the government mandating this, suggesting that technical barriers would result in a disruptive experience.

“We’ve always been clear that roaming is in the toolkit of options we can use,” Giordano said, addressing a Westminster eForum event on UK 5G coverage.

“The problem is it very often it doesn’t deliver the kind of seamless experience that consumers now expect. The handover can be very slow and clunky, or too rapid and the phone is trying to click too fast between two sets of networks to get the best possible signal. So, it, in itself, sounds great but it is not perfect.”

When pushed on the massive gulf in coverage that exists between rural and urban areas, Giordano also suggested she is “not blaming the operators for that”, and this was evidence of a “functioning market”.

“Telecoms has, to the best of my understanding, pretty much always been that way,” she continued. “It goes without saying that investment follows consumers and the higher the conglomeration of consumers, the greater the investment in those areas.”

Collaboration is crucial if the UK is “serious” about 5G

The thrust of Giordano’s remarks was subject to contention, however. The University of Strathclyde’s professor for signal processing Bob Stewart, for instance, argued that 5G trials in “ultra-rural” parts of Scotland demonstrated there was high demand in places the industry may not at first assume there would be.

“Within four weeks of putting up our network on an island with a population of only 12,000, we had more than a million hits to our network; people trying to connect to our test and development network,” Stewart said.

“And those hits were coming from the population as they moved around, but also from 370,000 tourists that would arrive on some of the cruise liners every year. Ships like the Disney Liner with over 6,000 people would just appear, and everybody’s looking to get on the phone. So lots of business opportunities.”

Sylvia Lu, principal 5G technical lead with Swiss networking manufacturer u-blox, meanwhile, suggested that overseeing collaboration between MNOs, the public sector, and the wider industry was essential if the UK was “serious” about hitting its objectives.

Far from taking a hands-off approach, the government and public policy officials should define collaboration frameworks and models, for instance, which will be increasingly important moving forward.

"An Englishman’s home is his castle"

Another major theme to emerge was the discrepancy in coverage not just between rural and urban areas, but between the indoors and outdoors. Traditionally, network and data coverage within buildings has been weaker than outdoors, regardless of wider availability.

Asked whether DCMS had plans to address the concerns through policy, Giordana reaffirmed the government’s non-interventionist approach. Despite understanding the frustrations, especially in light of “embarrassingly terrible” mobile coverage in her own workplace, she argued the government had no appetite to infringe on property rights.

“The problem is how do I, as a public policy maker, have the right to bust down your door and say ‘you’re not getting good enough coverage and I’m here to fix it’?"

Giordana added that the industry could look to address this problem by perhaps launching a supplementary product or service geared towards boosting network coverage not just in the workplace, but within people’s homes.

“From a public policy perspective, though, every Englishman’s home is his castle so to a certain degree, because we can’t easily infringe on property rights for that very good reason, it’s not one the government is likely to be the first in line to fix.”

Despite the government’s reticence to get involved, advisor to MNO Three and chairman of Worcestershire 5G, Mark Standsfeld, suggested there’s plenty of room for public policy when it came to new properties.

“Commercially, for the MNOs, if there’s money to be made, of course they would want to do it,” he said. “Moving to the future, we need to be prescriptive about when new builds go up; is there a requirement to put fibre in to make sure people get the quality of service they should be getting?”