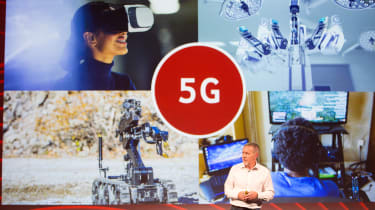 Vodafone will remove all equipment manufactured by Huawei from the sensitive core of its mobile networks in Europe.

Speaking to Reuters on Wednesday morning, Vodafone CEO Nick Read explained that the exclusion of Huawei products comes “as a result of the EU toolbox and the UK government’s decision”.

Foreign Secretary Dominic Raab defended the decision, saying: “The future of our digital economy depends on having that trust in safety and security,” he said. “And if we are to encourage the take-up of new technologies that will transform our lives for the better then we need to have the right measures in place."

So far, no other European nation has indicated it would introduce similar restrictions. Last week, the EU said it would allow its member states to have ultimate control over what vendors they can use in their 5G infrastructure.

BT's chief executive Philip Jansen said that the company’s mobile arm, EE, will have to spend £500 million over five years to replace Huawei hardware for other manufacturers.

“The way it works at the moment is when you put a 5G box on a mast it has to be on top of a 4G box from the same supplier,” he said, according to The Guardian. “More than 35% of [our] 4G boxes are Huawei. We are going to have to take out some Huawei 4G boxes and not use them again. That is probably the single biggest cost.”

EU Commissioner for internal market Thierry Breton has previously stated that tougher security policies, such as the ones involving Huawei, would not delay the 5G rollout in Europe.