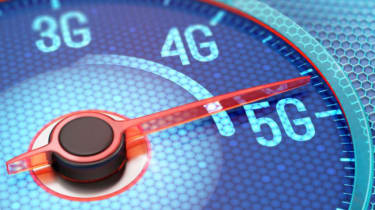 Researchers with Ericsson have smashed the maximum speed record on 5G connections, achieving download rates of 4.3Gbps on the millimeter wave spectrum.

The Swedish company’s research and development team achieved the landmark during interoperability testing using commercial products, with the feat carrying potential implications for future use cases.

The breakthrough was made on a technical specification comprising eight component carriers (8CC) aggregating 800MHz of millimeter wave spectrum.

The engineering milestone represents a significant step up on the previous record of 2.92Gbps set by Chinese networking giant Huawei in November last year, in collaboration with Turkish based Türk Telekom.

The previous world record was based on C-band 200MHz IBW and 2CC Carrier Aggregation technologies, and was achieved on the Huawei Mate 20 X 5G smartphone.

“This is a fantastic achievement. To put 4.3Gbps in context, that is the equivalent of downloading one hour of ultra-high-definition, or 4K, content from a streaming service in just 14 seconds,” said Ericsson’s head of product area networks Per Narvinger.

“Ericsson is taking the next steps in ensuring service providers can deliver the best capacity and data rates over millimeter wave 5G.

“The 8CC aggregation solution we have successfully tested will enable not only higher speeds but also large-scale 5G deployments and new business opportunities.”

For added context, the maximum 4G speeds recorded were approximately 300Mbps, according to 4G.co.uk, although these are only possible in controlled laboratory environments. More common 4G speeds have hit around the 60Mbps mark.

The opportunities for service providers also stand to benefit, particularly with regards to bringing fixed wireless access to consumers.

Ericsson added that the benefits of the world record will be realised later this year and be available to 5G consumers, including in networking and terminal support.

There’s every chance that Ericsson would have outlined its record-breaking feat in more detail at this year’s Mobile World Congress (MWC), but the global tech event was cancelled this week after a string of companies pulled out over Coronavirus fears.