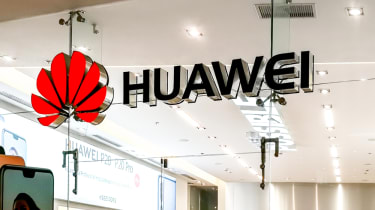 Huawei has expressed disappointment in what it called “groundless accusations” raised by Conservative MPs who rebelled against the government in an attempt to end the Chinese firm's participation in the UK's 5G mobile network.

Boris Johnson saw his majority challenged on Tuesday when a rebellion, led by former Conservative leader Sir Iain Duncan Smith, attempted to force through an amendment that would end the involvement of Huawei in the UK's 5G rollout by the start of 2023.

The PM narrowly won the vote by 306 to 282, yet it still cut his working majority from 87 to just 24 and raised questions about the intensity of the divide within the party.

Yesterday’s events in the UK parliament follow a long-term row regarding the threat of Chinese espionage, with many viewing Huawei's alleged links to the Chinese state as a potential threat to national security. The UK’s decision to continue using Huawei equipment, although capped at 30%, has soured the country’s relations with the United States, which has already moved to ban the company entirely.

However, in a statement on yesterday’s vote, Huawei VP Victor Zhang called for “an evidence-based approach” to the matter.

“The government has examined the evidence and concluded that Huawei should not be banned on cyber security grounds and two parliamentary committees have done the same and agreed.

"An evidence-based approach is needed, so we were disappointed to hear some groundless accusations asserted. The industry and experts agree that banning Huawei equipment would leave Britain less secure, less productive and less innovative.”

“We were reassured by the UK government’s decision in January that we could continue working with our customers to keep the 5G roll-out on track," he added. "We are proud to have supplied cutting-edge technology to telecoms operators in the UK for more than 15 years and we will build on this strong track record, supporting those customers as they invest in their 5G networks, boosting economic growth and helping the UK continue to compete globally.”

Culture Minister Matt Warman said that national security would be prioritised as the development of the UK's 5G infrastructure continued, according to the BBC.

"We will now engage intensively with colleagues across the House to make sure that we will make our case at every possible level… and we will underline that we will always put national security at the very top of our agenda," said Warman.