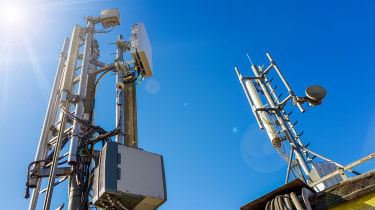 Delivering Gigabit connectivity to every corner of Britain could help rebuild the UK economy after the coronavirus lockdown, according to a new report by Assembly Research.

The report, commissioned by Huawei and featuring input from CityFibre, Mobile UK, Openreach, techUK, Three UK, and Virgin Media, claims that if the UK sticks to its pledge to make the country fully 5G and full-fibre connected by 2025, this could provide a £51.4bn boost to the economy in the next five years, and £68.8bn boost by 2030.

However, Assembly Research warned that even a 12-month delay would mean the UK misses out on £9.7bn of productivity benefits, while a two-year delay would see a missed opportunity of £28.7bn.

The report, titled "Delivering Gigabit Britain: Broadband for all", outlines six recommendations to be considered by policymakers in order to reach the 2025 target, such as enabling the right regulatory environment, ensuring sufficient funding for all parts of the country, and committing to a technology-neutral approach to reach the hardest parts of the country in a timely and cost-effective way.

The report also recommends that the government makes the cost of deployment as low as possible, encourage take-up and helps lower investment risk, and supports the market entry and expansion by alternative network operators, while also recognising that competition will vary based on geographical location.

According to Matthew Howett, the founder and principal analyst at Assembly Research, “more work needs to be done to focus on the demand side, to encourage take-up and to help lower the investment risk for the operators”.

“The final recommendation that we make as part of the report is not to just obsess with the supply side when it comes to broadband policy," he said during a video conference discussing the report.

"Too often we talk about the enabling work, the digging the putting up of masts, but at the end of the day, these networks are only ever going to be successful if there are consumers and businesses wanting to make use of them.

“I think the government has a very important role to play as part of this. The government can be a big demand aggregator when it comes to these networks moving more services online.”

According to Howett, tax is also a significant challenge for telecommunications companies:  “The whole industry grumbles about the fact that that new fibre is taxed.

"In a way, differently as well across the UK - Scotland has a bigger exemption for business rates than in England and Wales do currently. I think they want to see that extended, and ideally completely removed. Openreach for example, they're not here but they did say that they could probably connect about three million more homes if they didn't have to pay that tax,” he said.

Simon Mead, the CEO of Cambridge Wireless, added that operators have “no choice” but “to collaborate more”.

“I think about 1.2 million homes a year are getting connected. That means if we're going to reach 29 million homes by 2025, the deployment rate needs to increase rapidly. We're also going to hit labour shortages and need the right skilled workers to do that job,” he said. “I think that that inevitably leads us to some sort of technology neutrality. And I think that's probably the biggest roadblock for me.”

Victor Zhang, vice president of Huawei, which was earlier this year granted a "limited role" in the construction of the UK's 5G network infrastructure, added: "We are committed to supporting our customers as they build better infrastructure for the UK. It’s now more vital than ever to focus on delivering high-speed digital networks.

"Having been a key player and supplier to Britain’s telecoms sector since 2001, we stand ready to play our part in the industry’s future.”

Two weeks ago, MPs attempted to force through an amendment that would end the involvement of Huawei by the start of 2023 but lost a vote by 306 to 282. It's reported that the same Tory rebellion will attempt another challenge in the summer.  Zhang did not reply to IT Pro’s query as to whether Huawei is prepared for another battle with the UK government.