US companies might be allowed to work with Huawei on 5G 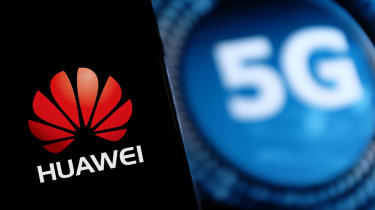 The Department of Commerce is reportedly close to signing off on a new rule that would allow companies to work with Huawei Technologies to set 5G standards.

Doing so restricted Huawei from selling its goods in the US, and also raised questions as to how American companies could participate in organizations focused on establishing 5G standards, as Huawei is a member of many of these organizations.

After the Department of Commerce blacklisted Huawei last year, many engineers within US tech companies stopped engaging with the China-based company.

Now, nearly a year later, two Reuters sources have revealed the Department of Commerce has drafted a new rule addressing the issue. According to these insiders, the rule would allow US companies to participate in organizations that include Huawei as a member.

Just last month, six US senators sent a letter to the US secretaries of commerce, state, defense and energy regarding the need to issue regulations related to the development of 5G standards. The senators stated the entity listing shouldn’t restrict American companies.

“It is critical for US companies to participate fully in these standards-setting bodies to ensure that their technologies are represented in the standards,” the senators wrote in their letter.

The letter continues: “When US export controls restrict US companies from participating in standards-setting bodies, China-based Huawei is well positioned to fill any gaps.As the Committee on Foreign Investment in the United States has said, any restrictions that hinder US participation in 5G standards-setting bodies ‘would leave an opening for China to expand its influence on the 5G standard-setting process,’ a result that ‘would have substantial negative national security consequences for the United States.’”