From coronavirus related delays to the acquisition of Innoeye, it’s been a big week for Rakuten 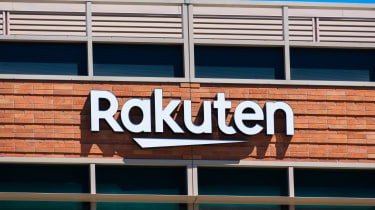 Rakuten will delay its 5G service launch in Japan due to the coronavirus outbreak, according to a Reuters report.

Rakuten originally planned the launch for June 2020, but it’s delayed this by three months due to disruptions caused by the pandemic. A spokeswoman for the company cited delays related to software testing by Rakuten’s Indian vendors, which have been on lockdown since late March.

This is a significant setback for the Japanese company and, as Reuters reported, is only one of the many delays the company has faced during the coronavirus outbreak.

Rakuten also announced it plans to acquire Innoeye, an engineering technology solutions company headquartered in the U.S. The two companies already have an existing partnership, as Innoeye assists Rakuten in its 4G and 5G mobile network efforts in Japan.

The acquisition will further enable Innoeye in its support of the Rakuten Communications Platform’s launch. According to the announcement, the platform will provide “telecom companies and enterprises [with] a way to easily build and deploy fully cloud native network services at speed and low-cost.”

In its announcement of the acquisition, Tareq Amin, representative director, executive vice president and CTO of Rakuten Mobile shared: “Since we first envisioned the launch of Rakuten Mobile two years ago, we have also planned to bring to market our own expertise and technology stack as a unique service that will enable operators around the world to deploy fully cloud-native telco networks of the future.

"With the planned acquisition of Innoeye, we are one step closer to closing the circle in bringing to market a carrier grade telco cloud product that is as simple as click, purchase and deploy.”