Vodafone, BT: It will take five years to remove Huawei tech from UK 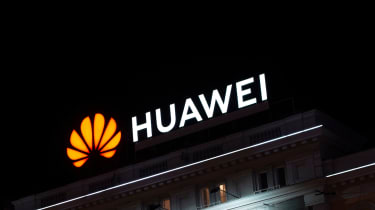 Vodafone and BT have announced that they will need at least five years to remove equipment manufactured by Huawei from the UK’s networks, with Vodafone estimating the cost of doing so at a “single figure billions” of pounds.

Speaking to the government’s science and technology committee, Vodafone UK’s head of networks Andrea Dona told lawmakers that the company requires a “sensible time scale” of five years minimum in order to strip its network of Huawei technology, as reported by Bloomberg.

BT representatives stated that the operator may require an even longer timeframe, estimating the process to take up to seven years.

BT CTO Howard Watson said that the company was already trialling switching some network sites from Huawei to other vendors. Nevertheless, he warned that UK 5G customers should expect blackouts if the telecom is forced to scrap the Chinese vendor without sufficient time.

“To get to zero in a three-year period would literally mean blackouts for customers on 4G and 2G, as well as 5G, throughout the country,” said Watson.

Meanwhile, Dona added that she is “concerned that an ultra-aggressive imposition of a change in policy could hamper our economic recovery in the UK”.

The science and technology committee hearing comes days after it was revealed that the National Cyber Security Centre (NCSC) found that US sanctions will have a “severe” effect on Huawei’s supply chain, meaning the Chinese company may have to use "untrusted" technology, according to the Sunday Telegraph.

Last week, The Federal Communications Commission (FCC) officially declared that Huawei is a threat to the USA’s national security, Chairman Ajit Pai stating that the FCC “cannot and will not allow the Chinese Communist Party to exploit network vulnerabilities and compromise our critical communications infrastructure”.

The decision has prompted UK officials to work on measures to stop installing new Huawei equipment in the country’s 5G networks within the next six months, as well as to speed up plans to remove Huawei-manufactured technology that’s already in place by 2029.

In January, the UK granted Huawei a "limited" role in its 5G infrastructure, excluding from all safety-related and critical networks and only allowing it to supply 35% of the hardware that connects devices and equipment to mobile phone masts. However, the decision is now expected to be legally overturned in a matter of weeks.