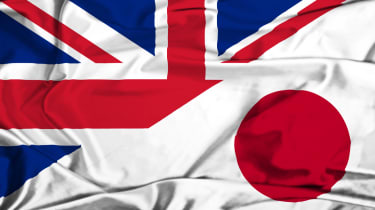 UK government officials have reportedly met with their Japanese counterparts to discuss potential alternative suppliers for the UK’s 5G network, according to Nikkei.

The meeting reportedly took place two days after the UK government banned Huawei equipment from being used in the country's 5G network on the grounds of national security.

Government officials are reportedly looking at Japanese companies such as Fujitsu and NEC as potential replacements for the Chinese tech giant, which will have its equipment purged from the UK’s 5G infrastructure by 2027.

An NEC source told Nikkei that the tech company is “in discussions” with the UK, while a source from Fujitsu said it is looking for opportunities to sell its products in Europe.

The Japanese government is avid in helping its homeland tech companies develop base station equipment and backbone networks and has so far invested 70 billion yen (£520 million) in the cause. The funds are sourced from the New Energy and Industrial Technology Development Organisation, an independent administrative agency.

The UK is reportedly interested in having Japanese companies compete with Sweden's Ericsson and Finland's Nokia for the right to manufacture low-cost equipment which would be used by British telecom companies.

However, while 80% of the global 5G base station market is controlled by Huawei, Ericsson and Nokia, NEC and Fujitsu control less than 1%, raising questions about whether the move to Japanese technology will be a suitable alternative.

News of the meeting follows weeks of speculation about the UK’s plans concerning finding a replacement for the now-banned Huawei equipment, and whether the country would be able to develop its own 5G giant.

Last week, a PP Foresight technology, telecoms and media analyst Paolo Pescatore told IT Pro that the UK “has probably missed the boat” in competing “in the 5G race”.

However, he also added that “there is no reason why the UK cannot look to homegrown technology”.

“There needs to be a significant push from key stakeholders, including the government, to ensure the right ingredients are in place including attracting the key creative and technical expertise,” said Pescatore.

According to the Financial Times, the UK government is also seeking to persuade its Five Eyes partners - Australia, New Zealand, the US, and Canada - to collaborate on finding a suitable industrial alternative.