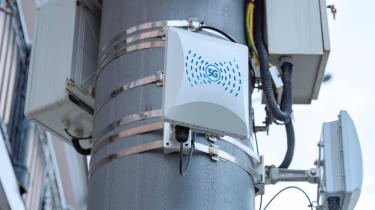 The former chief executive of BT is to head up a government task force to find an alternative telecoms provider to replace Huawei.

Lord Ian Livingston left BT in 2013 to become the government's trade minister under then Prime Minster David Cameron. He is currently the chair of Dixons Carphone.

However, he will now lead a government body that seeks to diversify the country's telecoms supply chain and reduce reliance on so-called 'high risk' vendors.

Despite its prominent presence across the country's 5G infrastructure, Huawei was banned from UK networks by the government in July, with telecoms operators being instructed to remove the firm's equipment from their networks by 2027.

Livingston will head up a team that includes Openreach CEO Clive Selley, Vodafone CTO Scott Petty, and the chair of the UK's 5G Advisory Board, Rosalind Singleton.

The removal of Huawei's role in UK networking has left just Nokia and Ericsson as the sole providers, but ministers are hoping to encourage more major players into the market.

In July, shortly after the government reversed its decision to allow Huawei limited access, it was reported that two officials met with Japanese counterparts to discuss alternatives. Fujitsu and NEC were named as potential replacements with both firms looking for further opportunities in Europe. The UK and Japan have also recently agreed a preliminary trade deal, which will almost certainly help smooth over any potential network talks.

"To deliver the revolutionary benefits of 5G networks for people and businesses, we need to be confident in their security and resilience," said culture secretary Oliver Dowden, announcing the appointment on Wednesday.

"A more diverse supply chain is essential to reducing our dependence on individual suppliers and improving telecoms security - as well as a great economic opportunity for the UK."