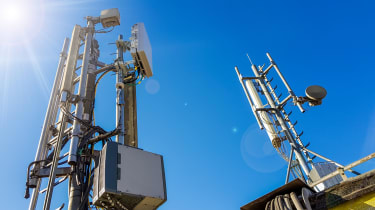 A Commons Defence Select Committee report has warned that the 5G rollout in the UK will create a “greater surface for illicit actions”, ranging from espionage and sabotage to system failure.

The report on the security of 5G, which was published today, claims that the growing number of devices “connected to the internet through 5G” would lead to an increase in illegal activity which could endanger individuals and the government alike.

"Many more items will be connected to the internet through 5G meaning a greater surface for illicit actions which represents a risk to individuals as well as to defence and government," the report warned.

Members of the committee also found that the UK’s vendor market for 5G tech is lacking in diversity and said even if the government decided to bring back Huawei, it would still be “sub-optimal”.

Huawei was banned from being used in the country’s 5G infrastructure in July, giving telecom companies until 2027 to remove the equipment.

However, despite the need for more diversity in the 5G market, the committee called for the UK government to “not allow a situation where short-term commercial considerations are placed ahead of those for national security and defence”.

Over the course of the committee’s inquiry, which was launched on 6 March 2020, the member MPs heard from multiple sources on why Huawei should be considered a danger to UK security.

Most notably, Strand Consult CEO John W Strand and Dr Steven Conlon told the Committee that the Chinese law requires any Chinese citizen working for Huawei “to engage in espionage on behalf of the Chinese Communist Party”. Strand also warned that “China is responsible for the greatest number of cyber attacks by any nation over the past dozen years”.

However, a Huawei spokesperson renounced the report, saying that it “lacks credibility”.

“It is built on opinion rather than fact,” they added. “We’re sure people will see through these accusations of collusion and remember instead what Huawei has delivered for Britain over the past 20 years.”

Although the report found “clear evidence of collusion” between Huawei and the Chinese Communist Party, it also stated that “it is important that the West does not succumb to ill-informed anti-China hysteria”.

The committee also called for the formation of “a D10 alliance of democracies” in order to find a new alternative to Huawei’s technology. The UK had previously sought to persuade its Five Eyes partners - Australia, New Zealand, the US, and Canada - to collaborate on finding a suitable industrial alternative.