Willing to sacrifice battery life for performance; here's how to turn off iPhone throttling 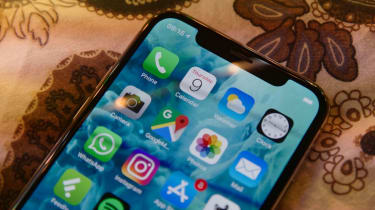 One of the biggest stories surrounding Apple recently was its iPhone throttling. Apple released the throttling software in 2017 to help conserve battery by slowing down aging iPhones. While this may sound like Apple trying to help, the big issue was the throttling took place in the background without the user’s knowledge.

Apple claimed throttling was to ensure user experience remained intact on older devices, but iPhone owners weren’t pleased with the reduced performance. In the end, Apple offered discounts on battery replacements and eventually agreed to a $500 million class-action settlement.

Apple still offers throttling, but in iOS 11.3 and later, Apple allows the user to disable it, though it’s not recommended.

What is iPhone throttling

Throttling refers to the reduction in a system's performance below the components’ capabilities.

Apple used this in the past to prevent overheating in the MacBook. In the iPhone, though, throttling is there to preserve battery life.

Why does Apple throttle its iPhones

While it’s no fun to suddenly have your iPhone running at a fraction of its peak performance, there’s a good reason why Apple throttles its iPhones past a specific age. The iPhone’s battery capacity reduces with each charging cycle and gradually loses its ability to offer peak power. Once the battery reaches a certain point, your iPhone might also randomly turn off after a few hours of usage.

Hence, Apple created software to throttle the iPhone’s performance to reduce demand on the battery. The throttling may prolong the battery's lifespan and help it retain its charge, but the performance reduction is noticeable.

How to turn off battery throttling on the iPhone

In the light of the controversy, Apple allowed users to manually disable the throttling feature, starting with iOS 11.3 via the Battery Health feature.

Follow these steps to see if throttling is enabled and to disable it:

How to install the latest version of iOS on your iPhone

The option to disable iPhone throttling is only available in iOS 11.3 or later versions, so you may need to upgrade to take advantage of it.

Here’s how you can upgrade to the latest iOS on your iPhone:

Should you turn off iPhone throttling?

If you prefer performance over extended battery life, then switching off the performance management makes sense. However, it’ll shorten your battery's lifespan quicker and result in faster battery draining.

Instead of buying a new phone, another affordable option is to replace the battery for $49 or $69, depending on which model you own.

If you own a reasonably modern iPhone, like the iPhone 8, battery replacement may make more sense than buying a brand new iPhone. After all, $49-$69 is a lot cheaper than a new iPhone.

Apple released another battery-focused feature in iOS 13 called “Optimized Battery Charging.” The feature reduces the wear on your iPhone battery and improves its lifespan by reducing the time your iPhone takes charge fully.

When you enable this feature, your iPhone learns your daily charging routine and delays charging past 80% in specific situations.

For instance, if your iPhone predicts you’ll charge it for an extended time or overnight, it’ll automatically activate Optimized Battery Charging to delay charging. The algorithm prevents the battery from overcharging and losing its capacity.

When the Optimized Battery Charging activates, a notification will appear on the lock screen to inform you when your iPhone will charge fully. If you want your iPhone to charge sooner, touch and hold the notification and tap on “Charge Now.”