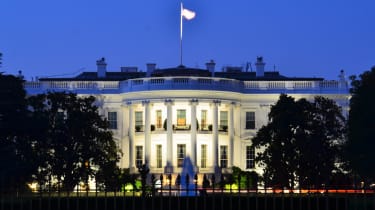 Google has asked the White House for permission to work with Huawei once again in an arrangement that could see its most popular apps and services return to new devices built by the blacklisted Chinese company.

The tech giant has appealed to the Trump administration to grant an exemption to its blanket ban of the networking giant after it was blacklisted by the US government in mid-May 2019.

The company’s VP for Android and Google Play Sameer Samat has confirmed that Google has formally applied for a license to continue working with Huawei, according to German news service Finanzen.

Google has previously warned that the Huawei ban poses a risk to US security because it could force the company to build a less secure ‘hybrid’ version of Android. The company has wanted to continue to provide its technology to Huawei throughout the duration of the ban.

By consequence of the ban, a host of Google apps, including the entire G Suite, are incompatible with Huawei smartphones released since the ruling was made.

This means devices like the Huawei Mate 30 were launched sans compatibility with the likes of Gmail or Google Docs.

Phones released before the ban, however, including the excellent P30 Pro, still retain compatibility with open source versions of Google apps.

Since the ban, Huawei has started working on its own set of equivalent apps and services to replace those previously provided by Google. The firm, for example, signed an agreement with TomTom last month, according to Reuters, to work on an application to replicate the function and services of Google Maps.

Huawei has also started working on its own operating system, dubbed HarmonyOS, despite being able to use Android 10 in its devices. This one-size-fits-all system has been in progress for a decade but was initially designed to work with IoT devices.

The Huawei Mate Xs, a beefed-up successor to the prototype Mate X announced last year, will be released this year but, again, without compatibility with Google apps, although it will be powered by an open-sourced version of Android 10.