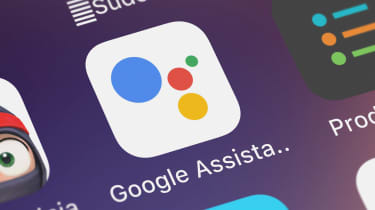 The new feature is part of a limited pilot program and is meant to secure user purchases made through smart speakers and smart displays. At this time, the feature is restricted to in-app digital purchases through Google Play.

While Google has yet to formally announce Voice Match, an Android Police report claims Google has updated a number of support documents to reference it. A support document previously published in December has since been updated to include purchases made using Google’s voice assistant.

Google has also recently published support documents detailing the feature and how to enable Voice Match.

For those ready to test drive Voice Match, you can access it via the Google App > More > Settings > Google Assistant > You > Payments. There, users will see the new "Confirm with Voice Match" option, which is currently disabled by default. Enabling the setting brings users to a setup screen that requires additional Google account password information. Users who enable the feature won’t experience much of a change though since the feature is still in its early stages.

As per Android Police, a Google spokesperson has confirmed Voice Match is a new feature. The spokesperson also expanded on the feature and its parameters, explaining that purchases made using Voice Match will be subjected to various purchasing limits, including spending cap per transaction and a maximum number of transactions per day.

Unfortunately, Google’s spokesperson declined to reveal what those numbers are.

Though Voice Match may not sound like the most secure means to make online purchases, using your own voice has the potential to be far more useful than Amazon Alexa’s existing voice-purchase feature. While Alexa asks its users for a four-digit code before completing voice-related purchases, Voice Match appears to provide Google users with a more seamless voice-driven-shopping experience.