Testing started in big cities, but Google will eventually expand it to more areas 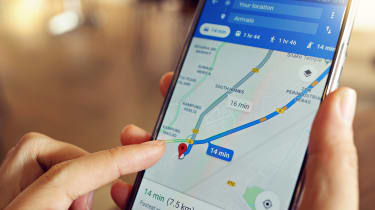 If you’re my age, you remember the days of printing out Mapquest directions or even flipping through an atlas when planning a road trip. Those days are behind us with smartphone navigation apps.

For Android users, Google Maps has become the go-to app for every trip, whether it’s around the block or across the country. In its growing popularity, Google has repeatedly enhanced the app, adding traffic updates, automatic rerouting, ferry connections, biking routes, speed traps and more. According to Droidlife, Google Maps is testing a new update to make route planning easier: traffic lights.

Android Authority reached out to Google for more details, and a spokesperson said, “To help people stay better informed on the road, we’re testing a Google Maps feature on Android that shows the location of traffic lights in select cities across the US.” Google further confirmed that New York, San Francisco, Los Angeles and Chicago are the first cities to get this feature, but it’ll add more cities in the future.

It remains unclear if Google Maps plans to eventually use traffic lights to more accurately estimate navigation times. It may do the same as it does with traffic data and use historical and real-time data to determine when a light may change red.

While predicting traffic lights would be nice, we have our doubts Google will take it that far yet, as many traffic lights in suburban and rural areas use vehicle sensors instead of timers to determine when to change. That said, larger cities with consistently heavy traffic, like New York City and Los Angeles, have many of their traffic lights on timers only, making them easier to predict. It’s possible these areas could be testing grounds for traffic light prediction.

We’ll keep an eye out for updates on this update and let you know when it becomes a broader release.