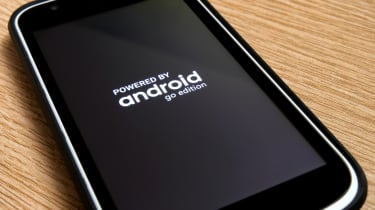 Google has announced the rollout of Android 11 Go, a new version of the operating system tailored to low-powered, entry-level mobile devices.

According to the tech giant, Android 11 Go will launch apps 20% faster than its predecessor, the Android 10 Go, making it easier for users to switch between apps.

Google first revealed Android Go in 2018, aiming to cater to the entry-level smartphone market which includes lower-budget devices from Alcatel, as well as Lenovo’s sub-brand, Moto.

“We’ve ensured that Go edition smartphones have access to the same industry-leading privacy protections as any Android device. Android 11 (Go edition) comes with new privacy enhancements that make it easier to control how and when data on your device is shared,” he added.

New features include Files by Google’s Safe Folder, which aims to protect personal files from being accessed by others by storing them in a 4-digit PIN-encrypted folder.

Android also announced that conversations from messaging apps will be shown in a dedicated space in the notification section and, starting October 2020, the Go OS will become available on all new devices with up to 2GB of memory.

“With the expansion to 2GB, apps launch up to 20 percent faster, and with an additional 270 MB of additional free memory, people can now run three to four more apps in the background. Android (Go edition) on 2GB devices also comes with up to 900MB of additional free storage space—enough to take up to 300 more selfies and download an entire movie,” said Kamdar.

The company also partnered with Kenya’s largest telecom provider Safaricom to provide 900,000 Android Go-operated smartphones to people in Kenya, 53% of which were women, in order to tackle the gender gap in mobile internet usage in Sub-Saharan Africa.