Apple adds a fingerprint scanner and 64-bit processor to its flagship device, but is it still the top dog? 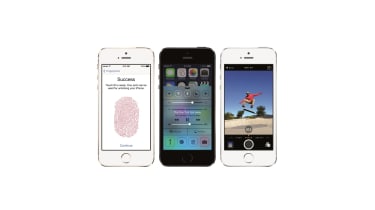 The A7 is the latest custom built processor and is the first smartphone chip to use a 64-bit architecture. It's got a clock speed of 1.29GHz and there's also a companion core known as the M7. The 5s blitzed through benchmarks - clocking the fastest time we've recorded of 417ms in Sunspider Javascript test. The overall 2556 score in Geekbench 3 is also higher than the Galaxy S4 which scored 2088. What do these number mean in terms of usage?

In practical terms the A7 processor allows real-world applications and heavy duty apps such as the camera and browser to run faster. The A7 chip also supports OpenGL ES version 3.0, which will allow the device to support "PC-like" graphics. The initial benefits will be seen in gaming apps, but businesses should be able to take advantage of the raw power to increase functionality of enterprise apps.

Whilst the A7 brings the power, the M7 companion is designed to handle and capture data from the accelerometer, gyroscope and compass.

The latest iSight' 8-megapixel camera has a sensor that is 15 per cent larger than its predecessor allowing more light to be captured and better pictures.

The flash is upgraded to include dual-LEDs, helping to improve picture quality in gloomy environments. It's possible to apply filters before taking a photo, or change to a square picture frame. 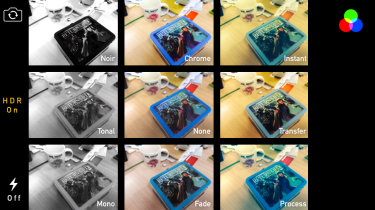 Apple has built-in a continuous burst mode useful if you want to capture fast moving objects. You can also pinch-to-zoom up to 3x when recording video. But our favourite addition is the slow motion camera mode. You can shoot video in 720p and during play back select any section that you want to slow down. The speed is reduced to 25 per cent - giving you a Matrix-like effect.

Apple has sealed in a 1,560 mAh battery pack in the 5s. This is marginally larger than the power supply in the iPhone 5 (1,440mAh). With the increased demands of iOS 7 it means battery life averages out to be the same.

We made it through the day with push email turned on, Wi-Fi activated during office hours, an hour of web browsing, 60 min video and auto-brightness on. We still had 20 per cent remaining at 7pm.

Once you download apps, you'll definitely have to browse through settings to keep track of what apps are using your location and downloading data in the background otherwise the battery will lose power even faster. Remember to close applications you're not using as well.

SIM-free the iPhone 5s starts at 529 for the 16GB edition. Our device was running on Three, and the cheapest contract available was 37 per month plus a 99 upfront cost. This makes it the priciest handset, and in a competitive market doesn't represent the best value.

One of the best Android handsets, the Samsung Galaxy S4 can be picked up for 405 SIM-free and is available on contracts starting at 32 per month, at no upfront cost.

If you've got an iPhone 5, we wouldn't recommend upgrading to the 5s. If you've got a 4S or below and you're a die hard Apple fan, then trading up makes more sense.  If you're not, then it's worth waiting for Nexus 5/Android Kit Kat 4.4 announcement in the coming weeks before making a purchasing decision.

Apple introduces Touch ID and beefs up the internal specs of the iPhone, but the fundamental design of its predecessor is retained. The 5s is one of the best performing handsets on the market, but is not the best value.