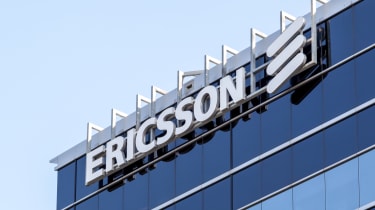 Swedish telecoms giant Ericsson has settled with US authorities on charges including bribery, shelling out more than $1 billion (£759m) to avoid prosecution – one of the largest such settlements to date.

The US Department of Justice (DoJ) was investigating Ericsson under the Foreign Corrupt Practices Act (FCPA) that bans companies listed on US stock exchanges from bribing foreign officials, accusing it of making and improperly recording tens of millions of dollars in "improper payments" around the world.

An Ericsson subsidiary pleaded guilty to bribery as part of the deal.

"Today, Swedish telecom giant Ericsson has admitted to a years-long campaign of corruption in five countries to solidify its grip on telecommunications business," said U.S. Attorney Geoffrey S. Berman of the Southern District of New York. "Through slush funds, bribes, gifts, and graft, Ericsson conducted telecom business with the guiding principle that 'money talks.' Today's guilty plea and surrender of over a billion dollars in combined penalties should communicate clearly to all corporate actors that doing business this way will not be tolerated."

According to the DoJ, between 2010 and 2014, Ericsson paid $2.1 million in bribes in Djibouti to help the company win a contract worth €20.3 million to modernise the state-owned telecoms company. The money was sent via a consulting company – the owner of which was married to a government official – and hidden via fake invoices. A similar system was used to pay $450,000 to help it win a contract in Kuwait worth $182 million between 2011 and 2013.

In Vietnam, again according to the DoJ, Ericsson's subsidiaries paid $4.8 million to a third-party consulting firm to set up a slush fund to pay off companies that the company wouldn't be able to directly hire because of the company's due diligence processes; the money was "mischaracterised" in the company's books. A similar system was used in Indonesia to set up a $45 million slush fund, the investigators said.

And in China, between 2000 and 2016, Ericsson's subsidiaries paid tens of millions for travel and entertainment for government officials, including some that worked at state-owned telcos, and also made payments for sham contracts with providers in the country for "services that were never performed".

Don Fort, the chief of criminal investigation at the Internal Revenue Service tax agency, said a lack of compliance and internal controls at the company made it easier for executives and other employees at Ericsson to offer bribes and falsify accounting records.

"Ericsson's corrupt conduct involved high-level executives and spanned 17 years and at least five countries, all in a misguided effort to increase profits," said Assistant Attorney General Brian A. Benczkowski of the Justice Department's Criminal Division, adding that the "strong response from law enforcement" should deter other companies from doing the same.

Under the agreement, the DoJ will defer prosecution of Ericsson and dismiss all charges after three years if the company complies with the rest of the conditions, which include reforming its compliance and submitting to an independent compliance monitor. As part of the deal, Ericsson Egypt pleaded guilty to the Djibouti bribery charges.

The company noted that the payment of $1.06 billion is fully covered by $1.2 billion set aside in the third quarter of 2019. Half of that bill is a criminal fine, the DoJ said, while the other half will be paid to the US Securities and Exchange Commission for related civil charges.

The DoJ noted that the criminal penalty half of the fine had a 15% reduction because Ericsson had partially cooperated with the investigation – though it was criticised for failing to disclose allegations of corruption, not producing materials in a timely manner, and failing to "take adequate disciplinary measures with respect to certain employees involved in the misconduct".

According to reports, in a conference call CEO Borje Ekholm said the company wanted to move forward. "Certain employees in some markets, some of whom were executives in those markets, acted in bad faith and knowingly failed to implement sufficient controls," Ekholm said. "I view what has happened as a completely unacceptable and hugely upsetting chapter of our history."

The SEC has previously fined a wide range of companies under the FCPA, including a $6.3 million settlement with Barclays over hiring practices in Asia, $11.7 million from Juniper Networks to "resolve violations" of accounting and recordkeeping in China and Russia, and $1.78 billion from Petroleo Brasileiro over a bribery and bid-rigging incident.