EE joins TfL trial of 4G on the Underground 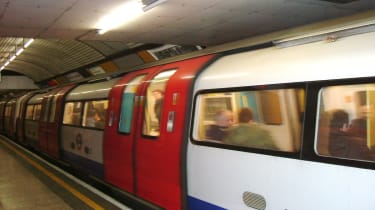 EE has joined Transport for London's trial of 4G on the Underground, which should see calls enabled on the tube network for the first time.

TfL announced plans to trial mobile signal on Underground lines last summer ahead of a wider rollout covering the London network by the mid-2020s – a few years after London Mayor Sadiq Khan's original deadline of 2019.

The project has faced challenges on costs, but after a successful trial on the Waterloo & City line tunnels, in July TfL announced it would have 4G signal through tunnels and at platforms for a slice of the eastern section of the Jubilee line by March 2020, covering Westminster to Canning Town.

"The London Underground network is an incredibly challenging environment in which to deliver technological improvements, but we remain on course for customers to start benefiting from our pilot from March 2020," said Shashi Verma, Chief Technology Officer at TfL.

The pilot is now set to go ahead next year, after O2 signed up for the project last week. "The pilot will allow us to continue working hand in hand with TfL, and other network operators, to bring connectivity to commuters across London," said Derek McManus, COO at O2.

TfL is already installing the necessary infrastructure, which includes more than 2,000km of cabling. That's because TfL's engineers already have access to stations and tunnels, and want to reduce disruption to the network, and means the final firm awarded the infrastructure operating contract can more quickly offer services. The four shortlisted operating companies are Axia SC Consortium, BAI Communications, Cellnex UK, and Wireless Infrastructure Group. The contract is set to be awarded next summer.

The winning company will supply services, with mobile operators paying to access the network to provide connectivity for their customers. In October, The Telegraph reported concerns among operators that costs were too high, which could put operators off from taking part.

Alongside 4G services for passengers – who hopefully use it for sending messages rather than noisy phone calls – the mobile phone network will also host a system for emergency services, replacing the Airwave radio-based system currently used by police, fire and ambulance services.