While Birmingham also recorded the highest speed hike over 2019, London came in at a middling 9th place 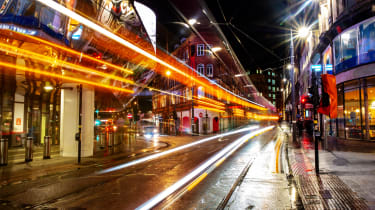 Mobile network download speeds rose the fastest in Birmingham against any other city over the latter half of 2019, making the Midlands hub the fastest city in the UK for 4G speeds.

With aggregate median download speeds of 28.9 Mbps, Birmingham narrowly edged Liverpool’s 28.8 Mbps to rank as the number one city, on average across all four major network operators.

The pair were closely followed by Manchester, which recorded median aggregate speeds of 26.7 Mbps, according to performance benchmarking from RootMetrics.

Researchers used a fleet of Samsung Galaxy S9 smartphones to conduct tests during day and night sessions, while walking and driving, to gain a broad reflection of the levels of 4G access and speeds. These tests were performed with all four network operators: EE, Vodafone, Three and O2.

Although the company does perform 5G testing, no 5G speeds were factored into the rankings due to sporadic availability. However, the firm anticipates that the technology will be available widely enough to test in its next report spanning the first half of 2020, out later this year.

“While it’s clear that 4G LTE networks provided generally fast speeds in most UK metros (especially those of EE and Vodafone), 5G could ultimately change the game for end users looking for fast data connectivity,” the report concluded.

“We’ve already begun our first-half 2020 testing in UK metros, and those results will include 5G (where available). As 5G continues to expand, we expect to see faster aggregate median download speeds and stronger performance in general going forward.

“Keep in mind, however, that new network technologies always take time to reach their full capabilities, and we don’t expect 5G to become ubiquitous until 2021 or 2022," the report said.

Birmingham saw a staggering rise in average speeds during the second half of 2019, up 4.2 Mbps, which was also the greatest speed spike among all UK cities tested. This is due to consistently high speeds from EE and Vodafone, combined with much faster speeds from Three and O2.

This is slightly faster than London, in which RootMetrics registered middling speeds of 24.1 Mbps, ranking the UK’s capital 9th among the 16 UK cities tested.

Generally, the mobile performance was steady across most cities during the latter half of 2019, with routine network upgrades leading to generally small, incremental improvements.

A massive variation in 4G speeds between the four mobile network operators can be attributed to a number of factors, especially the availability and quality of infrastructure. Fluctuations in download speeds over time can, in turn, be affected by things like the construction of new buildings, to new cell towards being added to a city.

Of the worst-performing cities, meanwhile, Newcastle ranked last, with sluggish download speeds of 20.1 Mbps, followed by Leeds and Bradford (classed as one), and Sheffield, each registering 20.7 Mbps.

Glasgow was the fastest non-English city, boasting a fourth-place ranking with speeds of 26.7 Mbps, while Cardiff and Belfast, of Wales and Northern Ireland, ranked a very similar 12th and 13th with speeds of 21.7 and 21.6 Mbps respectively.