UK trails behind Italy and Poland in mobile data affordability

The UK ranked 12th in Europe with 1GB of data costing £1.12 on average 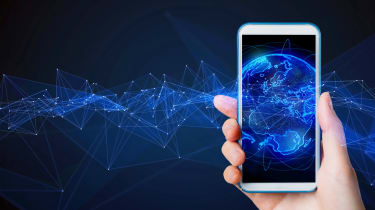 Italy and Poland offer the lowest prices for mobile data in Europe, according to Cable.co.uk, which gathered and analysed data from February 2020.

Despite the considerably high prices of data in the UK, Dan Howdle, consumer telecoms analyst at Cable.co.uk, believes that Britons should count themselves lucky.

"During the global coronavirus crisis the UK should consider itself privileged that data pricing is now so affordable – many countries around the world are not so lucky,” he said.

“Ironically, with most of us stuck indoors with full access to home Wi-Fi, our need for mobile data is lessened considerably. However, this is a far better position to be in than, for example, many countries in sub-Saharan Africa, where data remains expensive and home broadband is all but non-existent."

A week into the coronavirus lockdown, some of the UK’s major telecom companies decided to remove all data caps on fixed-line broadband services. In a joint statement, they also promised make sure that "vulnerable customers or those self-isolating receive alternative methods of communication wherever possible if priority repairs to fixed broadband and landlines cannot be carried out”.

Globally, India was crowned the most affordable country, with citizens paying the equivalent of 7p per 1GB data. India was followed by Israel and Kyrgyzstan, whose citizens spend on average ILS 0.40 (£0.09) and KGS 16.67 (£0.17) per 1GB of data, respectively.

According to Howdle, “many of the cheapest countries in which to buy mobile data fall roughly into one of two categories”.

“Some have excellent mobile and fixed broadband infrastructure and so providers are able to offer large amounts of data, which brings down the price per gigabyte. Others with less advanced broadband networks are heavily reliant on mobile data and the economy dictates that prices must be low, as that’s what people can afford,” he said.

On the other end of the spectrum, the island of Saint Helena, which is part of the British Overseas Territories, was named as the most expensive country to use mobile data. Its estimated population of 6,600 pay up to £51.87 per 1GB, which according to Howdle can be blamed on poor infrastructure and low levels of data consumption.

When it comes to surviving lockdown in comfort, data users might want to consider ensuring that their broadband is coronavirus-ready.