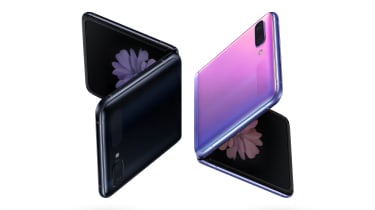 Samsung has taken the wraps off its heavily rumoured follow-up to last year’s Galaxy Fold, unveiling the new horizontally folding device at an event in San Francisco.

The new phone - which is dubbed the Galaxy Z Flip - has abandoned its predecessor’s flawed folding mechanism, which was met with widespread criticism and an admission from CEO DJ Koh that the phone launched “before it was ready”, in favour of the top-down ‘flip phone’ style previously seen in the new Moto Razr.

As part of the launch, the company made a point of emphasising the sturdiness of the screen, highlighting the curtain of tiny fibres that have been built into the hinge mechanism to protect the internal components from dust. That hinge, incidentally, doesn’t just open and shut - it can be placed at a variety of angles to create its own built-in stand or tripod.

The Z Flip is available from 14 February, but potential customers will need to steel themselves as the £1,300 price tag makes it one of the company’s most expensive phones to date. That said, though, it’s not quite up to the lofty heights of the Galaxy Fold’s £1,900 cost.

Alongside the Z Flip, the Korean giant also showed off its new S20 range, including three models: the regular S20, the larger S20+ and the all-new S20 Ultra - the latter of which includes a heavily souped-up camera with a massive 100x zoom.

While the utility of foldable phones has been called into question by some, analysts predict that the Z Flip may just be the device to take foldables beyond a niche luxury product.

“The Galaxy Z Flip is a different beast to the Galaxy Fold,” says Ben Wood, CCS Insight’s chief of research. “This time it’s a true folding smartphone, rather than a smartphone with a mini tablet hidden inside.”

“Comparisons are doubtless going to be immediately drawn between the Galaxy Z Flip and Motorola’s Razr re-boot. It’s hard to argue with the nostalgic appeal of the Razr, given the strong heritage of the brand and the industrial design, but in terms of technology maturity Samsung certainly has the edge having already delivered two iterations of the Galaxy Fold."

”Although Motorola beat Samsung to the punch with the re-boot of the iconic Razr phone, we believe Samsung has the scale to take the concept beyond an extremely expensive niche, despite the high price tag the Galaxy Z Flip unsurprisingly commands." 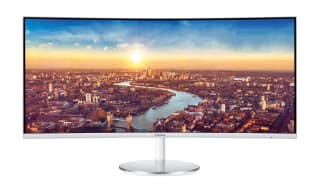