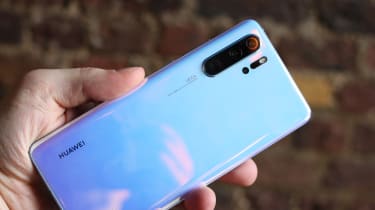 Huawei has found a way to bypass the 'Google ban' imposed by the US government by relaunching refreshed editions of smartphones originally manufactured before the restrictions came into force.

Supported by Android 10 and shipping with the Google Play Store, Huawei is launching a 'P30 Pro New Edition' next month in addition to an already released 'P30 Lite New Edition' device.

Beyond a minor hardware boost, the new devices are also fully compatible with Google services despite ongoing restrictions preventing US companies from working with the Chinese firm.

Phones released after the original P30 line, such as the Huawei Mate 30, have been launched without any Google Play services pre-installed, and with a stripped-down version of the Android 10-based EMUI operating system.

The ban, which has just been extended to May 2021, has prevented Huawei from powering its handsets with the Android operating system as well as Google apps and services since May 2019.

The restrictions aren't retroactively applied, however, meaning any devices released before May last year are still compatible with Google technology.

Huawei has seemingly interpreted this aspect of the ban as a loophole meaning that new versions of devices originally manufactured pre-May 2019 can be launched with full Google compatibility.

In terms of the device itself, the P30 Pro New Edition will be relaunched with 8GB RAM and 256GB local storage versus 6GB RAM and 128GB local storage fitted into the original P30 Pro. It’s much the same device that was released last year, otherwise, beyond a new 'silver frost' finish and a reduced price tag of £699 versus the 2019 P30 Pro which retailed at approximately £899 at launch.

The launch of this device, as well as the P30 Lite New Edition, with Google services, marks the company’s attempt to recapture the attention of buyers outside of China, who have been deterred due to trade restrictions imposed by the US government.

The exclusion of Google services served as a death knell for many prospective buyers, given how reliant many users are on G Suite and other similar Google products. This is in addition to a host of criminal charges and reported associations between the company and the Chinese state, which may have deterred consumers from buying Huawei products.

The launch may also suggest hitches in the widely-touted plan to develop HarmonyOS, a custom-built operating system built initially for IoT devices but then repurposed to function on smartphones.

Moreover, a general collapse in smartphone shipments due to the coronavirus outbreak means the company is likely to be experiencing a much tighter squeeze than it could have anticipated. This may also play a part in its attempts to circumvent the trade ban and find a way to sell its devices to Western consumers.

Google itself, meanwhile, has consistently been keen for the US government to allow the two companies to work together once again after Huawei was blacklisted last year. In February, for example, the company’s VP for Android and Google Play Sameer Samat confirmed that Google had formally applied for a license to continue working with Huawei.