Apple sold 19.5 million units of its flagship smartphone in Q1 2020 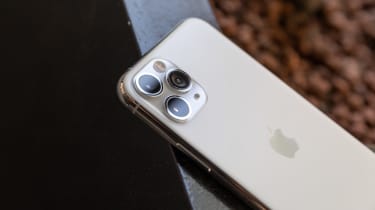 When the iPhone 11 debuted in September 2019, an ITPro review called it “a high-octane crowd pleaser that offers something for everyone.”

We praised its performance, design and price tag: “The iPhone 11 is a powerful and appealing successor to the XR, fitted with a stronger processor and better camera arrangement… with the added bonus of a long-lasting battery.”

No wonder the iPhone 11 has become the most popular smartphone in the world, the international research firm Omdia just announced.

The iPhone 11 replaced the iPhone XR as Apple’s flagship phone, but it’s outpacing the XR’s sales so far. The evidence? Despite the coronavirus’ harmful impact on consumer demand, the number of iPhone 11 shipments in the first quarter of 2020 was nearly 6 million higher than iPhone XR shipments during the same quarter of 2019.

The main reasons? The phone’s camera and price tag. The iPhone 11 costs $50 less than the XR even, and its dual-lens setup is an upgrade over the XR’s single lens.

“For more than five years — even amid shifting conditions in the wireless market and the global economy — one thing has remained consistent in the smartphone business: Apple has taken either the first or second rank in Omdia’s global model shipment ranking,” said Jusy Hong, Omdia’s director of smartphone research.

“Apple’s success is the result of its strategy to offer relatively few models,” Hong added. “This has allowed the company to focus its efforts on a small number of products that appeal to a broad selection of consumers and sell in extremely high volumes.”

Samsung’s Galaxy A51 was the world’s second-most popular smartphone in the first quarter of 2020 — a distant second — with 6.8 million units shipped. Samsung stayed in second place again this year by successfully replacing last year’s No. 2 model, the Galaxy J4 Plus.

Omdia is a research firm that came out of the merger of Informa Tech’s research division and the acquired IHS Markit technology research portfolio.