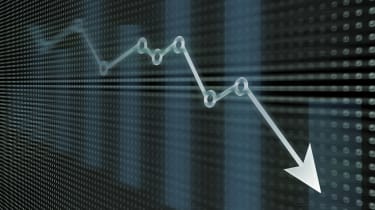 Smartphone sales fell by a fifth (20.2%) in the first quarter of 2020, according to Gartner, marking the “worst decline ever” for the global smartphone market.

The plummet in sales, which is slightly higher than the 16% drop in business smartphone sales, can be attributed to the coronavirus pandemic and its subsequent economic crisis, which has halted spending on non-essential technology such as additional smartphones.

According to Anshul Gupta, senior research analyst at Gartner, the “pandemic caused the global smartphone market to experience its worst decline ever”.

“Most of the leading Chinese manufacturers and Apple were severely impacted by the temporary closures of their factories in China and reduced consumer spending due to the global shelter-in-place,” he said.

Out of the five global top-selling smartphone vendors, four recorded a decline in the first quarter of 2020. One company which escaped the drop in sales was Xiaomi, which saw strong sales of its more affordable Redmi devices in international markets.

The most popular worldwide smartphone vendor, Samsung, recorded a 22.7% decline in Q1, though managed to retain the top spot with a market share of 18.5%.

Gupta said that despite the fact that “COVID-19 negatively impacted Samsung’s smartphone sales during the quarter, (...) the decline could have been much worse”.

“Its limited presence in China and the location of its manufacturing facilities outside of China prevented a steeper fall,” he said.

The company with the second-largest global smartphone market share, Huawei, recorded the worst performance among the five top-selling smartphone vendors during the three-month period. Sales of its smartphones fell by over a quarter (27.3%) compared to the previous year.

Gupta predicts that 2020 will continue to be “a challenging year” for the company: “It has developed the Huawei Mobile Service (HMS) ecosystem, but with the lack of popular Google apps and Google Play store, Huawei is unlikely to attract new smartphone buyers in international markets,” he said.

When it comes to other vendors, Apple’s iPhone sales fell by less than 8.2%, totalling 41 million units shipped, while Oppo experienced drop in sales of 19.1%.

In late March, Apple began limiting online iPhone purchases to just two of the same models per person. However, the restrictions were short-lived and have been since lifted.