Oppo teases tech that will charge your phone in 15 minutes

But don’t look for its arrival in the U.S. any time soon 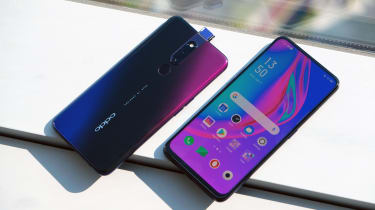 Oppo has released a teaser for its incoming 125-watt smartphone charging tech that will debut on July 15.

The teaser post on Twitter shows “65W” quickly counting up to “125W,” which is clearly an indication that its recently launched 65-watt charger will have a new, more powerful companion.

The 65-watt charger is already a marvel, as it charges a 4,000mAh battery in just 30 minutes, giving Oppo the fastest smartphone charging tech on the market.

While Oppo has yet to report estimated charging times for its 125-watt charging tech, its sister brand, Vivo recently announced it’ll launch a new iQOO phone with a 120-watt charging system that’ll charge a 4,000-mAh battery from 0 to 100% in just 15 minutes. It’s safe to assume the Oppo charging system will be at least as fast.

There is no indication as to when this tech will make its way into a retail smartphone, but the consensus is Oppo won’t announce a 125-watt-charging-enabled device during the July 15 debut.

It may sound amazing to recharge your smartphone in just 15 minutes, but these lightning-fast charging systems have had issues before. Fellow budget brand Xiaomi announced a 100-watt charging system, but Android Authority reports Xiaomi discovered serious battery degradation from using these chargers and delayed the launch.

However, recent reports indicate Xiaomi intends to launch the 100-watt charger soon, leading some to believe battery degradation is no longer an issue. Solidifying this belief are tests of Oppo’s 65-watt charging system indicating the test battery retained over 91% of its capacity after 800 charge cycles.

Of course, we can talk about charging speeds and battery degradation all we want, the fact is we won’t see it here for now. At least not from Oppo, as its phones are available only in select areas of Africa, the Middle East and the Asia Pacific region.

Given the security issues surrounding China-based smartphone manufacturers, the chances of seeing an Oppo phone in the States any time soon is a long shot.