Don’t expect to get the full $25 payout, though 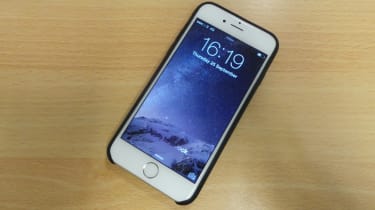 Owners of iPhones that Apple admitted to throttling back in 2017 can now start claiming their $25 payout, MacRumors reports.

At the time of "batterygate," Apple admitted it throttled the speed of aging iPhones to help conserve battery. iPhone owners took issue with the slowdown and launched a class-action lawsuit that was settled for up to $500 million earlier in 2020.

The settlement website is now live and places the official settlement amount at between $310 million and $500 million, depending on the number of people who put in claims. Given the payout doesn’t exceed $500 million, each claimant will get around $25 for their troubles.

You also need to have the qualifying iPhone’s serial number, which will prevent most user’s who sold or destroyed their iPhones from submitting claims.

According to the settlement website, this payout is only valid if Apple pays out $500 million or less. That means it covers only 20 million iPhone 6, 7 and SE owners. Given Apple sold hundreds of millions of iPhones in the U.S. from 2014 through 2017, that $500 million threshold will likely be crossed quickly.

Once the claims reach that threshold, the payout reduces to a prorated amount. So, if 100 million iPhone owners put in valid claims, each would get just $5. Chances are high the final payout will be closer to that $5 mark than $25.

You can claim your settlement until Oct. 6 at Apple’s iPhone settlement page.