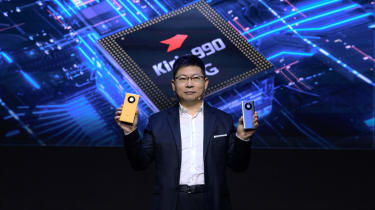 Huawei's revenue growth for the first three quarters of 2020 has drastically slowed compared to the same period last year.

The embattled Chinese giant saw revenues increase by 9.9% from January to September, a significant slowdown compared to the 24.4% growth record Huawei recorded the first nine months of 2019.

Huawei said its business results "basically met expectations", but there is a suggestion that US sanctions and pressure from governments to find alternatives have started to take a toll on the Chinese firm.

"As the world grapples with COVID-19, Huawei's global supply chain is being put under intense pressure and its production and operations face significant challenges," the firm said in a blog post. "The company continues to do its best to find solutions, survive and forge forward, and fulfill its obligations to customers and suppliers."

Huawei had previously warned that 2020 would be a tough financial year, particularly as it has had to pivot away from American suppliers and source alternative chips and software. It's hard to say where it has struggled as no detailed guidance has been released, but it's easy to speculate that the US blacklisting has had a significant impact.

In August, Gartner analysis suggested that Huawei had recorded the worst performance among the top five global smartphone vendors in the first quarter of 2020. Sales fell to 42.5 million, a decline of 27.3% year on year, which could be attributed to its first two releases without Google apps (Huawei Mate 30 and Huawei P40).

However, even with its first-ever decline in smartphone sales, the Chinese firm held on to second place with 14.2% of market share.

"Huawei will have a challenging year," said Anshul Gupta, senior research analyst at Gartner. "It has developed the Huawei Mobile Service (HMS) ecosystem, but with the lack of popular Google apps and Google Play store, Huawei is unlikely to attract new smartphone buyers in international markets."

There was a brief period during the second quarter when Huawei had sold more units than Samsung. This was largely down to its presence in China where the markets had opened up again after lockdown. Samsung managed to recover by the end of the quarter to reclaim the top spot.

The impact of the coronavirus can obviously not be ignored, but as Gartner also pointed out, the smartphone market as a whole was shrinking beforehand. Apple noticeably had troubles after releasing 2018's iPhone Xs, which was viewed by many as too expensive.

Huawei's latest release, the Huawei Mate 40, is priced at £1,099.99, which might be a little too much in these difficult times.