Gap between screen and body on Pixel 5 is “normal”, claims Google 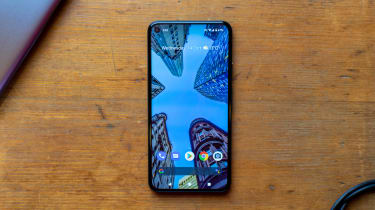 Google has said that a visible gap that some customers have reported seeing between the display and body of the recently released Pixel 5 smartphone is "normal" and part of the device's design.

Pixel 5 units were said to be “popping up where there's a gap between the display and the frame/body”, according to one user on Google's official Pixel support forum, while others have posted on other forums pictures showing the side of a phone with a noticeable gap.

Many other users also raised concerns about the gap's affect on the device's waterproofing, or whether it would make it easier to attract dust. Many of the replies seem to suggest that the size of the gap varies between different phones.

However, “David Pop”, a specialist at Google, said in a post that the gap was “normal”.

“We’ve had a chance to investigate units from customers and, combined with our quality control data from the factory, we can confirm that the variation in the clearance between the body and the display is a normal part of the design of your Pixel 5.

"There is no effect on the water and dust resistance or functionality of your phone. We will work with customers on an individual basis to address any concerns they may have,” he said.

In a teardown by Youtuber PBKreviews, the display is attached to the rest of the body with glue and five clips, giving the phone two means of protection from the phone falling apart.