The reported January launch will also help the company to fend off competition from Oppo, Xiaomi and Apple 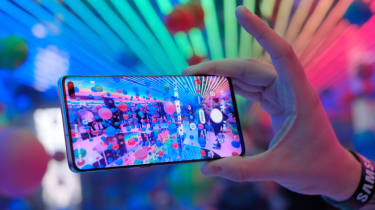 Samsung is reportedly hatching a plan to steal market share from Huawei by launching its next range of flagship smartphones two months earlier than usual.

The South Korean giant usually releases its Galaxy handsets in March, but an unnamed source has told Reuters that the firm plans to move the launch of the so-called Galaxy S21 to January.

There is a feeling within the industry that a percentage of Huawei's market share will be up for grabs in 2021 due to the US sanctions. The firm has seen smartphones sales outside of China drop due to its new devices not having access to Google Play services.

Samsung's 2020 Q3 results suggested as much, with the South Korean firm increasing smartphone sales by 50% to achieve a record-breaking £45.4 billion revenue haul. In contrast, Huawei's profit growth drastically slowed, with just a 9.9% increase between January and September 2020 - less than half of the 24.4% recorded in the first nine months of 2019.

However, moving the release of the Galaxy S21 ahead of schedule is about beating the likes of Apple and other Chinese-based rivals to the spoils. Younger rivals such as Xiaomi, Oppo and OnePlus are all expected to take advantage of Huawei's struggles and the late release of the iPhone 12 is also thought to be a strategic move.

Huawei's latest devices, the Mate 40 and Mate 40 Pro, are due for release in the UK on 13 November. It's the third device to be released without Google services as the Chinese firm looks to expand its own app ecosystem.

The company has retained a strong presence in China, where the likes of Samsung and Apple have little consumer demand. Huawei also enjoyed a brief moment as the number one smartphone manufacturer in Q2 of 2020, partly because China's market recovered from the coronavirus before the Western world, but this was short-lived.