Firm releases a patch five months after the flaw was discovered 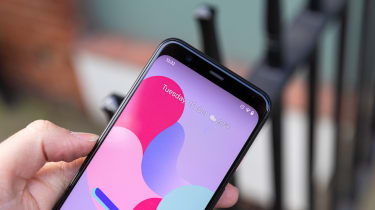 Google has released an update for its Pixel 4 smartphones that addresses a security issue that has plagued users since its release in October 2019.

At the time of the Pixel 4's release, the smartphone was lauded for its affordable price, great camera, and smart software features. However, an issue with its face unlock feature meant that the Pixel 4 could be unlocked even when its owner’s eyes were closed.

This sounded alarm bells amongst security experts, who warned that the flaw could allow anyone to unlock the device without its users' permission by putting it in front of their face while they're asleep.

Google has finally decided to address the problem with a new update released this week which solves the security concern with a single option, reducing the probability of unauthorised or accidental activations.

Pixel 4 users are now able to eliminate this issue if they mark the “need to have eyes open for recognition” setting after turning on face recognition on their devices. However, the company advised those who are still wary to enable the “lockdown” option from the power menu, which will ensure that the phone is only unlocked with a passcode.

The update also fixes dropped Bluetooth audio input during calls as well as the lagging keyboard when opened in certain apps.

In late November 2019, Google expanded its Android bug bounty program by offering $1.5m to anyone who could break the Pixel 4, in a bid to make its Titan technology more secure.

The eventual release of a Pixel 4 fix follows the news that Google will halt a controversial Chrome update in light of the COVID-19 pandemic. The company had decided to roll back the SameSite cookie changes, which were claimed to provide increased security and privacy by phasing out support for third-party cookie tracking.