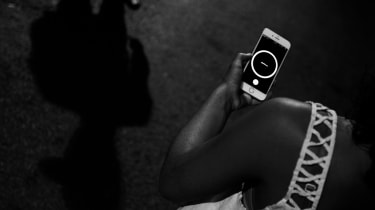 In situations where there’s a risk of a device being taken by an attacker, police officer or another unauthorized person, the Superlock feature locks down the Parachute app so it continues recording and livestreaming a user’s video, audio and location.

It remains unlocked and livestreaming, even if an unauthorized user tries to shut the phone off. The update to Parachute arrives amid nationwide protests related to the death of George Floyd

Keep in mind, Parachute already wipes devices during livestreaming. Should an attacker get control over a Parachute user’s phone, they won’t find much, even if the phone is unlocked or broken. Superlock takes things a step further by also preventing unauthorized users from stopping Parachute and ending video recordings.

The new feature works with Apple’s Guided Access to lock down a user’s phone and requires the user to turn this feature on via Settings > Accessibility > Guided Access. Once the user has activated Guided Access, they must return to the Parachute app, triple-click the power button and tap “Start” to select a six-digit passcode.

Users then must triple-click the iPhone power button again, enter their passcode and tap the end button. Once completing setup, users can activate Superlock by triple-clicking the power button.

Superlock also cuts off access to the “X” button that stops a recording, making it impossible to stop a Parachute recoding without entering the user’s six-digit passcode. An increasing time-delay mechanism prevents unauthorized users from quickly trying different combinations to try to crack a user’s passcode too.

“As the most powerful safety app in the world, Parachute has become an indispensable tool for those whose life’s mission puts them face to face with danger every day. Today’s Superlock launch takes Parachute’s one-of-a-kind protection even further,” said Marinos Bern, CEO at Parachute.