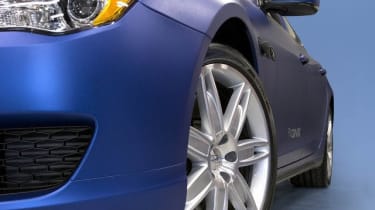 The next time you use BlackBerry software, it may be in a self-driving car.

The struggling smartphone maker expanded into transport with BlackBerry Radar, an Internet of Things system for lorries, and has long been working on in-car software. It's now expanding its efforts with the launch of an Innovation Centre for Connected and Autonomous Vehicles.

Based in Ottawa, Canada, the centre won't make vehicles, but will develop the software to control them, working with the University of Waterloo, PolySync and Renesas Electronics on a concept car. The local government has already approved the use of BlackBerry's QNX software to control autonomous cars on public roads.

"Autonomous vehicles require software that is extremely sophisticated and highly secure," said John Chen, Executive Chairman and CEO of BlackBerry. "Our innovation track record in mobile security and our demonstrated leadership in automotive software make us ideally suited to dominate the market for embedded intelligence in the cars of the future."

While driverless cars attract more attention than their connected siblings, the latter are already a major market for BlackBerry. The company said its BlackBerry QNX software is already found in 60 million vehicles, for "infotainment", telematics and more.

"Experts predict that 50% of all cars will connect to the cloud by 2020, and the wide range of 'connected things' could exceed 20 billion. In the coming hyper-connected world, cars will soon carry one of the highest concentrations of Internet of Things (IoT) edge nodes and sensors, generating a vast amount of valuable and actionable data," the company said in a statement.

BlackBerry is now looking to extend that to driving assistance and autonomous systems as well as developing secure, over-the-air update services.

BlackBerry QNX has its origins in QNX Software, which the company formerly known as RIM bought back in 2010. The founder of QNX, Dan Dodge, jumped ship to Apple over the summer, where he's believed to be working on that company's self-driving car efforts, called Project Titan.

Of course, if you're still sold on having a BlackBerry handset, don't forget the company has licensed its brand to China's TCL to make new mobile devices after it stopped making hardware earlier this year.