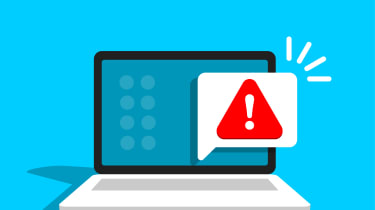 The government's flagship digital verification portal has chronically underperformed and has missed a series of key targets during its three-year lifespan.

Verify was proposed by the Government Digital Service (GDS) as a cost and time-saving system aiming to tackle fraud. It would serve as a universal platform to allow people to prove their identities prior to using any government service.

But a National Audit Office (NAO) report has exposed how the system is not on track to meet its target for signing up members of the public, nor for enrolling government services. It is also expected to save just 217 million against an initial 873 million when its business case was put forward in 2016, a 75% cut.

The government has spent 154 million on developing the service between 2011-12 and September 2018. But its journey has been blighted with a series of setbacks, and in July last year GDS was even advised by the Infrastructure and Projects Authority (IPA) to scrap the platform entirely.

This recommendation, that Verify be closed as quickly as practicable, was the conclusion of just one of 20 internal and external reviews conducted into Verify during its lifespan.

"In many ways the Verify programme is an example of how government has tried to tackle a unique and unusual problem, adapting over time in response to lessons learnt and the changing nature of the external market," the NAO report concluded.

"Unfortunately, Verify is also an example of many of the failings in major programmes that we often see, including optimism bias and failure to set clear objectives," the report said.

"Even in the context of GDS's redefined objectives for the programme, it is difficult to conclude that successive decisions to continue with Verify have been sufficiently justified."

A number of targets originally set out in 2016 are on track to be missed, the report revealed. For example, GDS initially proposed a target of registering 25 million people by April 2020, the date by which Verify is expected to fall into private sector hands.

But just 3.6 million have confirmed their identity using the platform as of February 2019. This means the government will have had to register approximately 54,000 people every day between now and the 2020 deadline to meet this target.

Another ambition GDS set out was rolling out Verify to 46 government departments and agencies by March 2018. To date, just 19 have registered, and 11 of these use Verify in conjunction with other platforms.

Moreover, users frequently suffer technical difficulties with Verify when trying to use it. The success rate, when measured in February 2019, was 48% against an initial target of 90%. This metric measures the proportion of people who succeeded in signing up to Verify in a single attempt.

But the NAO added this success rate may actually be an overestimate. This is because the metric does not count the people who dropped out during the registration process, nor does it measure whether those who signed up are then able to access the government service they were seeking to use in the first place.

Data from the Driver and Vehicle Licensing Agency (DVLA), for example, showed in 2018 that just 38% of people trying to access the service through Verify were able to sign up for an account. But of those people, 8.3% of them provided information that did not match DVLA-held data, and so could not ultimately access these services.

A Cabinet Office spokesperson told IT Pro that Verify is a world-leading project in its field, and is saving taxpayers money.

"The NAO report reflects that it has been a challenging project - but challenges like these are to be expected when the Government is working at the forefront of new technology," the spokesperson said.

"We now believe that Verify is at a point where it can be taken forward by the private sector to provide a single source for people to confirm their identities online.

"This will see the government's investment in the project cut back as the private sector takes it forward. This ensures Verify will continue to enable people to access services easily online, while protecting them from organised crime, identity fraud, and other malicious online activity."

It is expected to operate under a market-based model from April 2020 onwards, with government departments procuring Verify services from commercial providers at a higher cost than they currently do.

GDS itself has come under heavy scrutiny in recent months for its role in government digital transformation, with many claiming it is no longer fit for purpose.