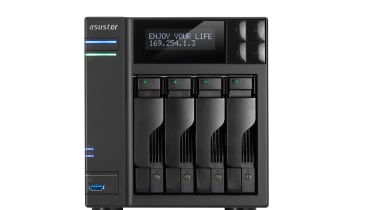 Asustor is the storage spin-off of laptop giant Asus and has built up a solid range of well-priced NAS appliances. Its latest AS6204T continues this tradition as this four-bay desktop box has one of Intel's latest Braswell' 1.6GHz Celeron N3150 processors and yet prices start at just 352 ex VAT.

The port count is good as the AS6204T has a pair of Gigabit Ethernet ports, three USB 3 connectors, a couple of USB 2 sockets and two eSATA sockets at the rear along with a single HDMI port. You can plug in a USB disk at the front and press the One-Touch Backup button to start a backup job on the appliance that copies data to or from the external storage device.

The appliance comes with 4GB of DDR3L memory which can be upgraded to 8GB. It's easy to do, but you'll need to replace the two 2GB SO-DIMM modules with 4GB versions. Plus, it pays to be careful when removing the metal lid as it's wafer-thin and easily bent.

The appliance uses an external power brick which should be secured as it's easy to accidentally pull the plug out of its small socket. All cooling is handled by a single 12cm fan and we found the appliance was whisper-quiet. 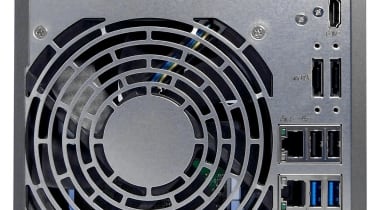 We tested the AS6204T by loading three 4TB WD Red NAS Pro hard disks into the solid metal drive carriers and used the Asustor Control Center app to discover the appliance. We found the appliance's front-mounted LCD panel very useful and its menus easily accessed using the group of four buttons alongside.

We used the Control Center app to create a RAID5 array with mirrors, stripes and RAID6 also supported. It took nearly 10 hours to synchronise our array but we could use the appliance during this phase, albeit with  slightly reduced performance.

The MyArchive feature allows hard disks in the third or fourth bays to be designated as removable media. This'll prove handy for quickly transferring data between separate Asustor appliances and for storing backup data off-site.

We tested this feature using a 1TB WD drive and after formatting it as a MyArchive drive, copied 22GB of data to it from another share using the File Manager app. We then ejected the drive from the Storage Manager app, plugged it into the IT Pro lab's trusty old AS-606T and swiftly transferred the new data across. 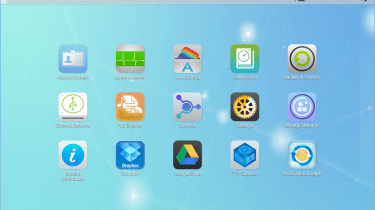 The ADM web console is well-designed and easy to use

Backup performance won't disappoint as we secured our 22.4GB folder and its 10,500 small files at a speedy 84MB/sec. To test maximum NAS performance, we mapped a share to another Xeon E5-2600 v3 Windows server and with Iometer running on both systems, recorded cumulative read and write rates of 226MB/sec and 221MB/sec thus confirming Asustor's claimed speeds.

IP SAN performance is just as good with a 600GB target returning Iometer read and write speeds of 113MB/sec and 112MB/sec. The AS6204T didn't wilt under pressure as speeds for a dual Gigabit Ethernet MPIO link stepped up to 226MB/sec and 220MB/sec.

The N3150 CPU and its integral AES-NI engine handled encrypted folders well with copies of our 25GB test file delivering sustained write speeds of 78MB/sec. To put this in perspective, we ran the same test on an older Synology DS1813+ with an older D2700 Atom processor which only mustered an average 22MB/sec write speed. 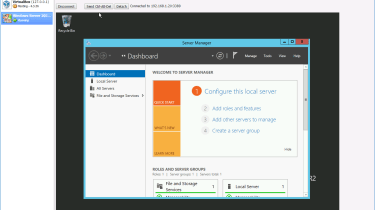 The Amazon S3 app worked well. If you want to use providers such as Amazon Glacier or Microsoft Azure then you'll need to check out alternative appliances from Qnap and Synology. 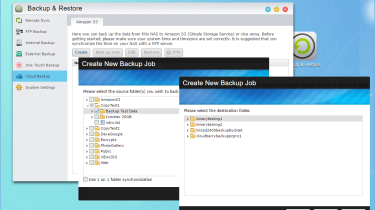 File syncing apps are provided for multiple Dropbox, Google Drive and OneDrive accounts while Asustor has its own cloud storage service which works via its WebStorage app. The new QuikFynd app is useful for finding files on the appliance but, unlike Qnap's Q'sirch app, this is a third-party cloud service and the free Lite version of the app is heavily feature-limited. 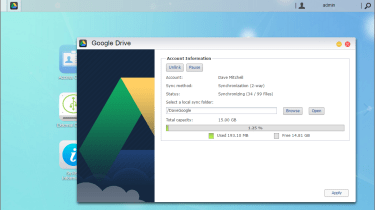 Snapshots are supported, but these are only available for iSCSI LUNs and can only be taken manually. They worked well enough though, as we deleted data from a 600GB target and restored it all from the Storage Manager app in 30 seconds.

The AS6204T's low price and good performance make it a tempting NAS for small businesses. It's well built and has some useful backup apps as well.

However, we recommend checking out Qnap's new TS-453A as this N3150-powered 4-bay appliance puts up some stiff competition. Along with quad Gigabit Ethernet and dual HDMI ports, it has a vastly superior range of apps and it costs around 25 less too.