Let's get NAS-ty: how network storage is catching up to the cloud

You might think cloud storage is the future, but your hard disk isn't going down without a fight 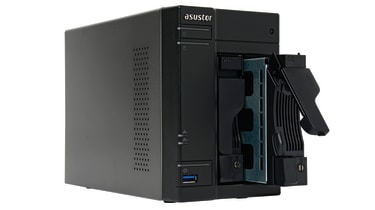 Is there a place for NAS anymore? Until recently, I wasn't sure. Five years ago, the idea of centralised backup and file storage for my home and small business was incredibly appealing. Now I use OneDrive and Dropbox as my go-to save locations, while Google Drive and iCloud Drive play a role in supporting my iOS and Android hardware.

Similarly, I once had big plans to centralise all the music, movies and recorded TV in the home and make it accessible through our Android tablets and Roku media streamers. Now, with the likes of Netflix, Now TV, Amazon Prime and Spotify, that idea seems redundant.

Unexpectedly, however, I'm beginning to change my mind. For one thing, NAS drives are becoming easier to set up and work with, so that I can get the kind of convenient, heavily automated sync and sharing I expect from Dropbox through my own personal cloud. With some of the more advanced units in particular, many of the hoops you used to have to jump through have disappeared. I can access my content through my phone or my browser, and even have my phone's photos upload automatically over Wi-Fi.

Read our article on the Best NAS Drives for more information about what NAS could suit you.

Performance is another big strength. Sure, my personal video library can't rival that of Netflix, but there's no buffering or dropped connections to spoil my entertainment. I can work on a document right from the NAS folder, and I wouldn't even know that it's not on my local drive. If I need to back up edited photos, it happens in seconds.

What's more, there's no need to worry about capacity, with 2TB or more of space. Sure, I don't think it's an option to run a library of Steam games directly from a NAS, but there's nothing to stop me syncing libraries across my two PCs. Try doing that with a cloud storage service.

Most of all, though, I'm impressed with the power and versatility of these devices. In a way, NAS has become too limiting a term; you can use them for simple backup, sync and storage, but some are now all-in-one media centres, IP camera security centres or even simple, low-cost email, web and VPN servers.

I can use one to stream Ultra HD video to my TV, but I could also use it for a small business virtualisation strategy or to service a school's intranet. It's hard to think of any other hardware that's so affordable and flexible. NAS devices mimic the advantages of cloud storage without many of the disadvantages, giving you the same "anytime, anywhere" access, but at a lower ongoing cost with more capacity and control.

In short, the NAS comeback is on.