Internet giant irks publishers after making a play for .book, .author and .read 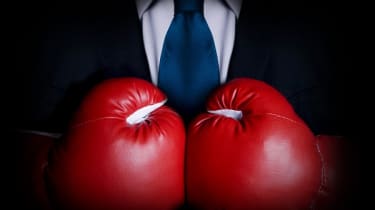 Amazon has come under attack from the US Author's Guild, the Association of American Publishers (AAP), the International Publishers Association (IPA) and retailer Barnes & Nobel over plans to control the generic top-level domains (gTLDs) .book, .author, and .read.

The organisations have protested that allowing this type of generic domain to be privately held is anti-competitive and would allow profitable companies that already hold a dominant position in the market to consolidate their power.

In an official letter sent to the Internet Corporation for Assigned Names and Numbers (ICANN), Jens Bammel, secretary general of the IPA, said: "We do not believe that an individual for-profit company should be able to obtain the right to control all uses of the .book' ending without any clear guidance that ensures fair and equal access.

"It is in the public interest that the domain name .book therefore remains outside of the control of an organisation that has an interest in competing with or exerting economic pressure in a contractual commercial relationship on persons who would like to register such a domain name."

Barnes & Nobel has also lodged an official complaint with ICANN, saying: "Amazon's ownership would also threaten the openness and freedom of the internet and would have harmful consequences for internet users worldwide.

"Amazon's clear goal is to dominate the bookselling and publishing markets. Their drive to further consolidate these markets will be greatly aided by their control of the .book, .read and .author TLDs.  By having Amazon control these TLDs, creativity will be limited and content diversity threatened."

Amazon has also come under fire from across the cloud computing sector after also applying for control of the .cloud gTLD.

The Cloud Industry Forum (CIF) has spearheaded a campaign to stop Amazon from being given ownership of .cloud by ICANN and is in the process of lodging a formal Community Objection to the international Chamber of Commerce.