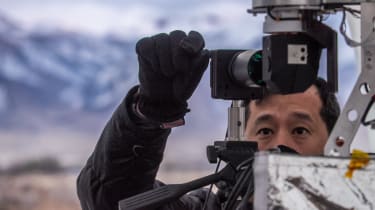 Alphabet's X has decided to remaster its Free Space Optical Communications (FSOC) technology to bring internet to countries that don't have the infrastructure to implement broadband technologies any other way.

The innovation giant has teamed up with Indian telecoms company AP State FiberNet to roll out cable-less broadband to residents in remote parts of Andhra Pradesh.

Although the region has more than 53 million residents, only 20% have access to broadband services. Google and AP State FiberNet's collaboration means 12 million homes and businesses in the state will now be able to use broadband services by 2019.

The initiative, called AP Fibre Grid, will make use of FSOC, which uses beams of light to deliver high-speed, high-capacity connectivity without using cables.

This means nothing needs to be excavated and there's no other services that need to be employed - such as rebuilding roads and paths after cables have been laid - making it a cheaper and more suitable option.

Because the connection is beamed through the air, between boxes placed at intervals along a route, it avoids obstacles such as rivers, roads and railways, allowing the connection to be implemented in a much wider area compared to traditional fibre networks.

"We're delighted that AP FiberNet will be our innovation partner, investing in this promising new technology," said Baris Erkmen, Free Space Optical Communications Lead at X. "To kick off this initiative in 2018, X will have a small team of engineers and experts based in Andhra Pradesh to support the implementation.

"We're looking forward to lots of tasty Aavakaaya and helping AP State FiberNet make the educational, business and communication benefits of the web more accessible to people in Andhra Pradesh."

Google developed the technology as part of Project Loon, which focuses on using balloons on the edge of space to deliver Internet to remote places.