What is a default gateway? 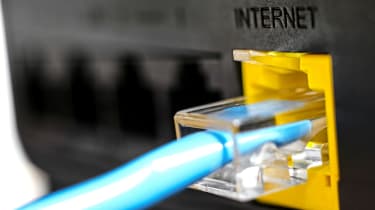 A default gateway is a hardware node that facilitates smooth connections between networks. Its primary use is to serve as an access point for outbound connections to other networks, essentially allowing one computer to communicate with another computer on a different network.

'Default' gateway simply refers to the fact that this particular node will be used by default unless a different route is specified in a request. Perhaps the most common request is when a computer seeks to access a webpage, which is sent through the default gateway before being sent to the internet. However, it can also be used to connect devices on one subnet with devices on another - the gateway acting as an intermediary.

Default gateways are essentially routing systems tasked with making sure the request is sent to the right destination, even if the sender and receiver use different network protocols.

The device trying to send a request is known as the 'originating device'. As part of that process, the device will fire off an access request using a routing table - this calculates the most efficient route to send the request, and which router it should go through. If no specific router is identified, the request will instead go through the default gateway, ensuring data can still flow.

In the case of smaller networks, such as one in a home, the default gateway will generally be the main router. However, as networks increase in size, or in those cases where multiple networks may be operating concurrently, a system of subnets will be used alongside a specific default gateway.

How to find the default gateway's IP address

Thankfully, finding the default gateway address is a pretty simple process. If using Windows, just head to the Network and Sharing Center from the Control Panel, and choose either Change adapter options or Change adapter settings. Now, find the network you want to find the default gateway for. Double click on the connection, select "Details" from the pop up and you'll find the IPv4 Default Gateway in the list.

On a Mac, head to System Preferences and choose Network, followed by the network you're using. Head to the TCP/IP tab and the IP address will be displayed as a series of numbers after Router.

Another way to find the default gateway is by using the command line utility, so if you don't have much knowledge of this, it may be worth asking someone to help or using the previous method.

But if you fancy giving it a go, open the Command Prompt for Windows, or Terminal on Linux and macOS. For the former, type in the command 'ipconfig' command, if you're using a Mac, type in 'netstat -nr | grep default' or if Linux, 'ip route | grep default', followed by return.

You should now see your computer's connection details pop up, including the IP address of the default gateway device.