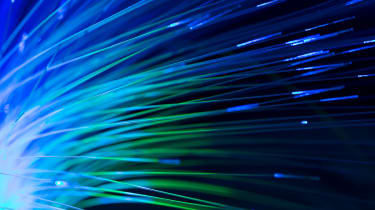 Hyperoptic has demonstrated its 10Gb home broadband, which, it claims, it the fastest home broadband ever experienced in the UK. After the four-month trial with consumers and to show its partners the technology really does work, the company hopes to extend the product to UK businesses by the end of the year.

Dana Tobak, chief executive of Hyperoptic explained 10Gb internet would enable businesses such as media companies that would need to transfer large files fast to the cloud, clients or colleagues.

The trials were carried out at East Village, the site of the London 2012 Athletes' Village, using a 10Gb network capable router integrating an Intel-based LAN host and server. The speed was tested using a speed test server located in one of Hyperoptic's data centres.

Other consumers outside of the East Village will also be able to take advantage of faster broadband speeds at a more leisurely pace though, with a staged rollout across the UK.

"We have carried out this trial to elevate the debate in a largely stagnate industry," Tobak said. "While the market incumbents focus on sweating their copper assets and lobbying the likes of the ASA to convince them that it's acceptable to market their Fibre-to-the-Cabinet services as fibre,' we are proudly setting a new standard.

"With full fibre, our customers across 30 UK towns and cities can enjoy symmetrical gigabit services today. This 10Gb test proves that our network can scale in the future."

Hyperoptic's trial was conducted in collaboration with Get Living, which owns and manages 1500 homes in East Village, Stratford. The trials were the next stage in the two companies' relationship, which previously involved providing gigabit connections to those living in the area.