WPA3 makes it easier to connect devices to a network securely 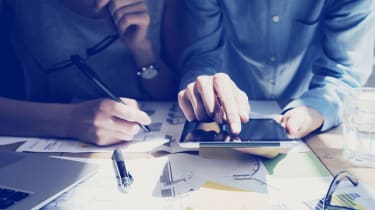 The Wi-Fi Alliance has started rolling out the WPA3 certification to protect a wider range of devices from security hacks, while also making it easier for end-users to implement the technology compared to WPA2, the previous Wi-Fi security protocol.

Intel, Qualcomm, Huawei and Cisco are set to adopt WPA3, ensuring both consumer and B2B devices can be secured against criminal attacks.

It's been designed specifically for industries that require a more robust tool to protect highly sensitive data, although it's likely to become the industry standard as more companies start adopting it thanks to its increased cryptographic strength.

WPA3 comes in both consumer and business-centric versions. WPA Personal offers a more robust password-based authentication system, even if the chosen password isn't as strong as it should be, using Simultaneous Authentication of Equals (SAE), which protects the user against hackers trying to guess passwords.

WPA3 Enterprise is, as the name suggests, designed for business users. It offers the equivalent of 192-bit cryptographic strength, offering additional security optimisations for networks sending and receiving highly sensitive data, such as the public sector or financial industry.

Edgar Figueroa, president and CEO of the Wi-Fi Alliance, said: "WPA3 takes the lead in providing the industry's strongest protections in the ever-changing security landscape. WPA3 continues the evolution of Wi-Fi security and maintains the brand promise of Wi-Fi Protected Access."

One of the key features of WPA3 in both variations is Easy Connect, which allows the user to add any device to a Wi-Fi network using a secondary device already on the network via a QR code.

Although WPA3 appears to be a pretty big step forward in terms of network security, the Wi-Fi Alliance will continue to support WPA2, which remains in use on older devices and will continue to be until consumers and businesses replace their hardware.

"The evolution of Wi-Fi to stay ahead of market needs has been critical to it remaining one of wireless technology's greatest success stories," said Phil Solis, research director for IDC. "Wi-Fi Alliance has been instrumental in Wi-Fi's evolution, and diligent about delivering Wi-Fi certified programs so users and a variety of markets can rely on the convenience of Wi-Fi connectivity and security to meet their needs."