Businesses urge government to roll out full fibre by 2025 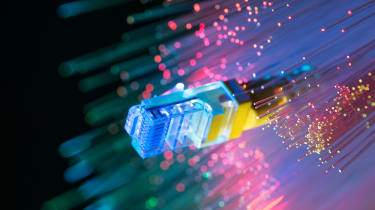 The Institute of Directors (IoD) has called on the government to commit to a "firm" date to switch off the UK's old copper lines and deploy full fibre broadband.

Last week the Department for Digital, Culture, Media and Sport (DCMS) outlined plans to provide full fibre broadband coverage across all of the UK by 2033, but the IoD has now called for a more ambitious target.

The business group wants the government to switch slower copper connections off by 2025 or "soon after", saying a full fibre network would bring wider benefits for businesses. According to a recent poll of 700 of its members, the IoD identified the biggest advantage of a faster full fibre network as enabling employees to work more flexibly.

"With an ever-changing world of work, business should be looking to enable employees to work flexibly," said Dan Lewis, senior advisor on infrastructure at the IoD. "Unfortunately, firms are paying the price for the neglect of full fibre connectivity. We are jogging while the rest of the world is sprinting."

The UK recently dropped to 35th place in an annual league table for global broadband speeds, making it the third slowest in the EU. And, according to IoD's poll, 87% of its members said they used home broadband for work purposes, highlighting the demand for flexible working and for a faster, more reliable broadband infrastructure.

Part of the government's proposals looked to prioritise improving connectivity in rural areas and the IoD said that almost half of rural businesses have reported unreliable connections. It said that it is vital fibre is rolled out across the country to address regional imbalances.

"Where you live should not determine your ability to work, or even start a business, with flexibility," said Lewis. "The internet should be creating a more level playing field for businesses regardless of location, but uneven broadband coverage means the opposite is true. For many firms, particularly in rural areas, poor connections lead to lost business and missed opportunities."