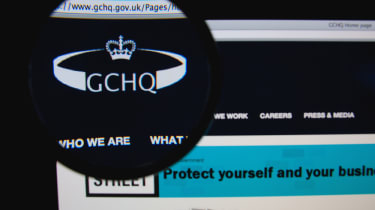 Superfast 5G networks could make the UK potentially more vulnerable to 'cyber rogues', according to GCHQ.

Writing in the Sunday Times, the head of the Government Communications Headquarters (GCHQ), Jeremy Fleming, said that the UK needed to consider early and robust solutions to security within new technologies.

"This new digital landscape will transform lives and economies as data analysis, artificial intelligence, 5G, the internet of things, quantum computing and many other technologies still being developed permeate all areas of human endeavour," Fleming said.

"But they also bring risks that, if unchecked, could make us more vulnerable to terrorists, hostile states and serious criminals."

Fleming went on to say that it was "increasingly clear" that as the world becomes evermore networked, it will need to work even harder with businesses, technology companies, academia and privacy groups to protect the public from real-world and online harm.

"We need honest, mature conversations about the impact that new technologies could have on society," he said.

"This needs to happen while systems are being developed, not afterwards. And in doing so we must ensure that we protect our right to privacy and maximise the tremendous upsides inherent in the digital revolution."

While still some way off in the future, many companies and organisations have already begun setting out plans for 5G.

Last month Ofcom unveiled a five-year plan for deploying fixed wireless links throughout the UK to help accelerate the development and adoption of 5G networking.

The regulator's report came after a public consultation in which it heard from a number of different parties, including major network operators through to smaller businesses, on how they expect their usage of the wireless spectrum to change in the next five to ten years.