What is network topology?

Find the perfect network layout to suit you 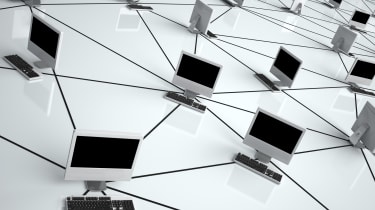 Network administrators may not completely understand the breadth of configurations at their disposal, with each one established for varying reasons, and capable of rendering different results. Therefore, it’s essential that network administrators pick the right network topology to suit their goals.

Network topology amounts to the different physical and logical configurations, and comprises numerous ways of laying out a network.

Different topologies can, in essence, affect factors like the speed the network provides employees with, as well as its range. It’s crucial for businesses to understand the most appropriate topology to adopt in order to maximise the potential of networking.

Physical topology may refer to the geographical mapping of nodes that form a network, including routers, cables, switches and the software that supports switches and routers. Logical topology, meanwhile, encompasses the way in which signals can behave on a network, and alter the manner by which data flows.

The bus topology involves all nodes tying with a single backbone cable, which, in turn, provides service to all devices. There are a few major drawbacks to establishing a bus topology, despite it being one of the easiest network types to set up. Adding too many devices to the network, for example, can seriously hamper the overall speed as the spine becomes more crowded. This is why bus topologies are subject to fragility, given that failures across any point of the network may take the entire thing offline.

The network topology that most users will probably be familiar with is the star topology, in which all of the nodes connect to a single central point, such as a router. A plus side to star is that it's easy to set up through its simple 1:1 ratio of devices to cables and each device only requires one port but the cost of installation is high.

Tree topologies are an evolution of the star model, and involve multiple star networks linked together by a central bus. Tree networks are generally regarded as the most scalable topology, as it's easy to expand through adding additional star networks.

Essentially a bus network that loops around and connects to itself, ring topologies are peer-to-peer networks in which each node is connected to its immediate neighbour on either side, with data travelling around the ring in one direction until it reaches the correct node. As with bus networks, the failure of a single node will cause an outage across the entire network, and poor bandwidth on one inter-node link will bottleneck the whole system. On the other hand, this form of network doesn't require a server to administrate it, and performs better under load than bus networks.

One of the most advanced forms of network is mesh topology, which is when there is more than one connection between nodes. This can be a full mesh' topology, in which every node is linked to every other node, or a partial mesh, in which only some nodes utilise multiple connections. A mesh topology benefits from being robust and easily diagnosable when things go wrong, but the installation can be difficult and the cost of maintaining it can be high.