Could 5G be arriving sooner than expected? 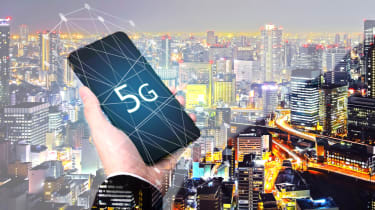 A number of network providers plan to launch 5G services sooner than previously expected, according to new figures from CCS Insight.

The yet-to-be named iPhone (tipped for a big unveil this week) is unlikely to be among the first 5G phones arriving next year, but despite Apple not being first to market, it is estimated that almost 60 million 5G-enabled smartphones will be sold in 2019, according to the analyst firm.

CCS Insight predicts 5G connections will reach 340 million in 2021, before surpassing one billion in the first half of 2023. By 2025, the total is expected to hit 2.7 billion, equivalent to more than one connection in every five in the world.

Reportedly, US network carriers are gearing up to launch the first commercial 5G networks, possibly as soon as this month, following an initial focus on fixed wireless technology.

"The intentions of major US carriers to launch 5G in late 2018 have been clear for a while. But recently we've seen a greater urgency to deploy networks from providers in Europe, the Middle East and China," said Kester Mann, principal analyst at CCS Insight.

"While Europe may still be around a year adrift of the leading markets in 5G, some regional operators are clearly determined to launch commercial services as soon as next year".

There has been a recent swell of statements from major networks, such as Telecom Italia, BT, Swisscom and Telenor, all suggesting that 5G is becoming a commercial reality in Europe sooner than previously assumed.

And, just last week, Telia unveiled a pre-commercial 5G network in Helsinki in readiness for a full-blown commercial launch next year.

Finnish operator Elisa went one step further, claiming to have already launched a commercial network, albeit without supporting devices. Despite the ambition within Europe, the area still lags behind the rest of the world in the race to 5G.

China remains the biggest source globally of 5G adoption by far and is set to overtake the US to become the biggest 5G market in 2020, with 40 million connections. By 2025, connections in China will surpass one billion, accounting for nearly four connections in every 10 worldwide, according to CCS Insight.